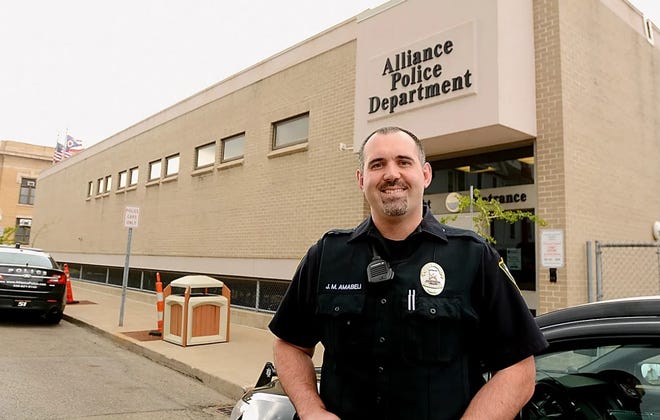 ALLIANCE – An Alliance police officer who was also a Sebring Village councilor has died.

He was one of five Alliance policemen who helped rescue a woman from a vehicle which was submerged in the Mahoning River in 2020.

Amabeli was elected to the Sebring Village Council last fall and chaired the safety committee.

“He was a reputable citizen, and we were really happy to have him on council. He brought a lot to council in a short time,” village mayor James Harp said.

Harp said Amabeli was an “outstanding young man” who meant a lot to the Sebring community.

Amabeli was inducted into the Sebring Athletic Hall of Fame in 2018. He played basketball, baseball and football for the Trojans.

“It’s a sad day in the land of Troy. Thoughts and prayers to the Amabeli family. Joe was kind enough to speak to our players ahead of the season to give us his words of wisdom and what it means to be a Trojan Horse of Sebring. Joe, you will be missed but never forgotten. Once a Trojan, always a Trojan,” reads a post on the Sebring Boys Basketball Facebook page.