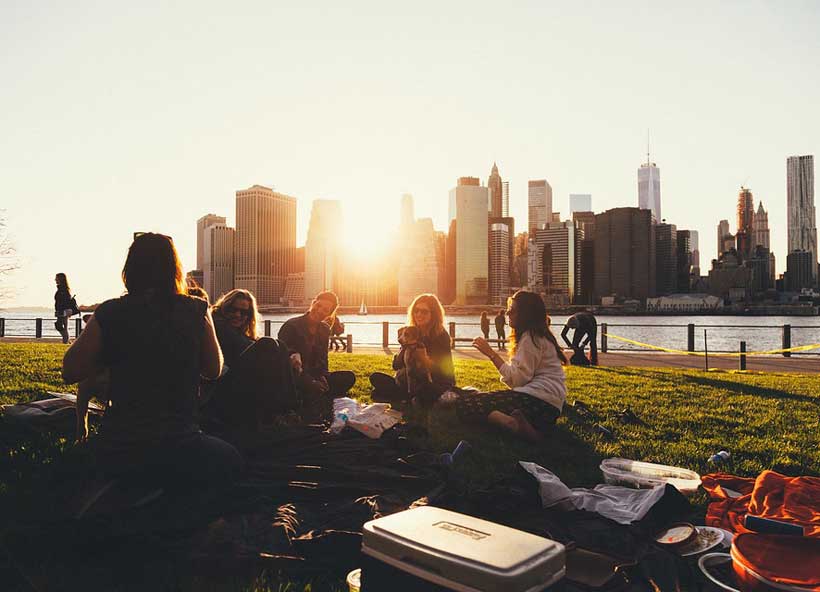 The mayors of Mexico City, Bogotá, New Orleans, Freetown, Gaziantep and Barcelona joined other urban leaders, designers, activists and thinkers from around the world on Wednesday to chart a new course for cities.

A launch event, Cities at the Crossroads, has kicked off at the British Academy in London – marking the inaugural session of the new UN-backed Urban Initiatives Council.

The international group of eighteen mayors, activists and scholars was formed in response to the UN Secretary-General’s call to use the COVID-19 pandemic as an “opportunity to reflect and reset the way we live , let’s interact and rebuild our cities”.

In a video message released during the event, António Guterres recalled that cities large and small “have been epicenters of COVID-19 and are on the front lines of the climate crisis”.

They also face serious risks from climate change, which will only grow, according to UN estimates.

By mid-century, more than 1.6 billion city dwellers may have to survive average summer temperatures of 35 degrees Celsius. More than 800 million people could be directly threatened by sea level rise.

For the UN Secretary General, the pandemic “must be an inflection point to rethink and reset the way” people live, interact and build cities.

“Investing in pandemic recovery is a generational opportunity to put climate action, social justice, gender equality and sustainable development at the heart of city strategies and policies,” Mr. Guterres said. .

The UN chief also noted that more and more cities around the world are committing to net zero by 2050, or earlier.

“The sooner we translate these commitments into concrete actions to reduce emissions, the sooner we will achieve green jobs growth, better health and greater equality,” he said.

Also addressing the event, the Executive Director of UN-Habitat called for “a bold new narrative now”.

“We need to bring visionary mayors to the table to help address these interrelated global crises and reframe the discourse on the role of cities, urban governance, design and planning,” said Maimunah Mohd Sharif.

The Council’s mission is to ensure a healthy global debate on urban issues, to help chart a sustainable future. The work will be organized around three challenges: the FAIR city, the HEALTHY city and the GREEN city, specifies UN-Habitat.

The new Council begins its work as the UN’s COP26 climate conference continues in Glasgow, Scotland, trying to keep the 1.5 degree global warming target within reach.

Being responsible for around 75% of global energy consumption and more than 70% of global greenhouse gas emissions, cities are at the heart of climate action.

Also this Wednesday, on the occasion of the Universal Exhibition in Dubai, the UN launched the Climate Smart Cities Challenge.

The initiative is an open innovation competition to identify climate-smart solutions and reduce urban impact, between the cities of Bogotá, Colombia; Bristol, UK; Curitiba, Brazil; and Makindye Ssabagabo, Uganda.

According to UN-Habitat, “The climate ambitions of these cities are impressive and meeting them will have a powerful impact on how city leaders, innovators and local communities respond to the climate emergency.”

With these four cities selected, the competition is now asking innovators, including technologists, start-ups, developers, finance experts and more, to submit their best solutions to the unique challenges identified. The application period closes on January 5.

Up to 80 finalists (up to 20 per city) will be selected to work closely with these four cities, learn about their challenges, collaborate on solutions, and ultimately form teams to demonstrate solutions in the real world.

The winning teams will share up to 400,000 euros to mobilize new investments and prepare for the demonstration of the system in 2023.

About 4.5 billion people live in cities today, but this number is expected to increase by nearly 50% by 2050. By mid-century, more than 1.6 billion city dwellers may need to survive average summer temperatures of 35 degrees Celsius.