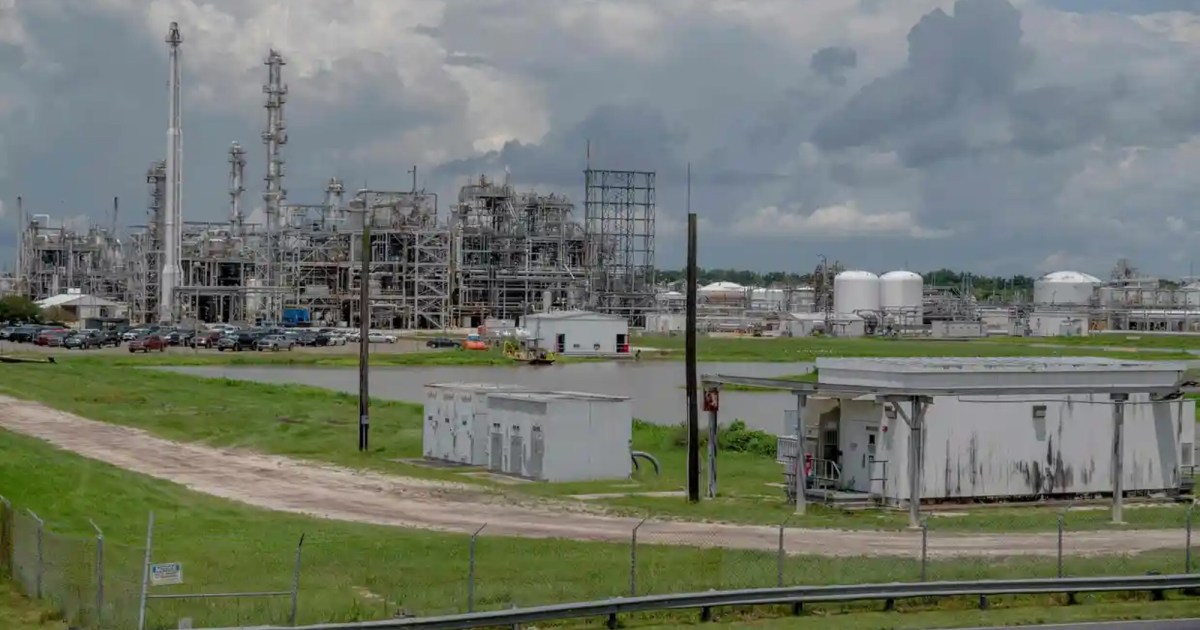 This story was originally published by the Guardian and is reproduced here as part of the Climate office collaboration.

The Environmental Protection Agency (EPA) has opened a series of civil rights investigations into Louisiana state agencies to determine whether permits granted in the highly polluted industrial corridor, known locally as the Cancer Alley, violated the rights of black citizens.

Civil Rights Investigations will investigate the Louisiana Department of the Environment (LDEQ) on a series of approved permits in St. John and St. James parishes and elsewhere in the region, where chronic air pollution The air in predominantly black communities has led to a wave of activism and international attention.

An investigation, targeted at the state health department, will examine whether the department violated the rights of black residents and school children living near a neoprene facility in St. John “by allegedly failing in its duty to provide residents of the parish with the necessary information on health threats”. , and whether the ministry has made recommendations to community members and local government on how to reduce pollution exposure.

The neoprene facility, operated by Japanese chemical company Denka, is the only place in America to emit the pollutant chloroprene, listed by the EPA as a probable human carcinogen. Residential locations around the site, including an elementary school near the plant fence, often record chloroprene levels well above EPA lifetime exposure levels.

The investigations will also look at permits related to a gargantuan plastic site project in nearby St James Parish, operated by Taiwanese company Formosa, licensed to emit up to 15,400 pounds of the carcinogenic chemical ethylene oxide. This project has been put on hold during a federal government review.

The inquest will also review permits for a proposed grain terminal in the parish of St. John.

The announcement drew praise from conservationists and researchers who prompted the agency to investigate a series of complaints arguing that permitting processes are racially biased and do not fully include feedback community members.

Robert Taylor, president of the Concerned Citizens of St. John, told the Guardian: “We need this inquiry from the perspective of racial injustice. It is so obvious that what is happening is discriminatory.

Darryl Malek-Wiley, a senior Sierra Club organizer, described the investigations as “a groundbreaking case examining how LDEQ issues permits and fails to identify the impact on low-income African-American communities despite their endangerment. “.

Malek-Wiley said he hopes the investigations will be completed within six months and said the EPA may financially sanction the two agencies upon completion of its investigation.

A statement from LDEQ said its permit process is “fair and impartial.”

“LDEQ handles all issues with a fair and equitable approach. LDEQ will work with the EPA to resolve this issue,” he said.

Louisiana Health Department General Counsel Steven Russo said in a statement reported by the Lawyer that the department had received the complaint and was “looking into it closely”.

A Denka spokesperson, Jim Harris, argued that there were “no widespread high cancer rates in Saint-Jean-Baptiste compared to the state average,” pointing to data from the Louisiana tumor registry over decades. Harris accused “environmental activist groups” of “manipulating data and collecting and analyzing it in unscientific ways.”

Recent studies have highlighted high cancer diagnoses in areas around the plant, and EPA data indicates a cancer risk rate 50 times higher than the national average in census tracts near factory.