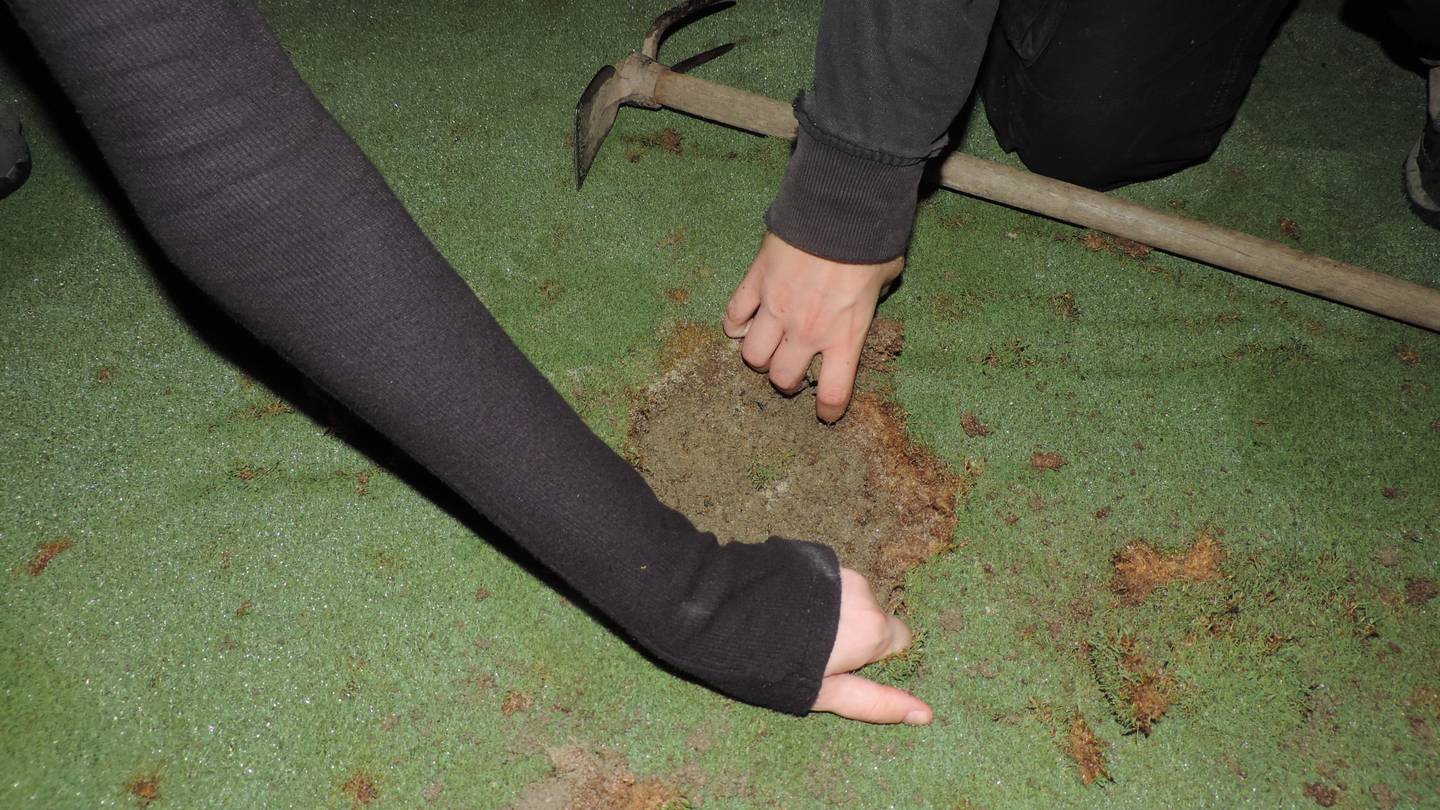 French climate activists have filled holes on a golf course with cement to protest an exemption from a water ban on the country’s greens amid a severe drought.

Protesters from the Extinction Rebellion organization have targeted a golf course in Toulouse, southern France, calling the sport “the leisure industry of the most privileged”.

A severe drought led many European countries to impose water restrictions, including the UK, and France activated its crisis unit earlier this month in response to the worrying conditions.

Parts of the Loire have practically dried up and rainfall has decreased by around 85% across France.

Golf’s exemptions from the restrictions have sparked outrage from environmentalists, including the green mayor of the southeastern city of Grenoble, Eric Piolle, who said: “We continue to protect the rich and the powerful.”

However, Gerard Rougier of the French Golf Federation told the France Info news site that a “golf course without a green is like an ice rink without ice” and warned that greens would die within three days without water.

He added that 15,000 people worked at golf courses across the country.

There are certain constraints on the golf course, including limiting watering to nighttime and no more than 30% of the usual water volume.

Dried mud and old trees at Lake Colliford in Cornwall, England, where water levels have dropped sharply exposing the unseen trees and rocks of Cornwall’s largest lake and reservoir. Pennsylvania

“At a time when the greatest drought ever observed in France since the start of meteorological records is raging, while the drying up of rivers is accelerating in our regions, at a time when 93 departments out of 96 are placed under restriction of water use, hence total bans on irrigation for certain market gardeners and for agriculture; a sector concerning a tiny fraction of the population seems to enjoy a privilege worthy of another world in these times of crisis; golf,” the group said in its online petition.

The group said it was calling for an end to exemptions to water restrictions on golf courses.