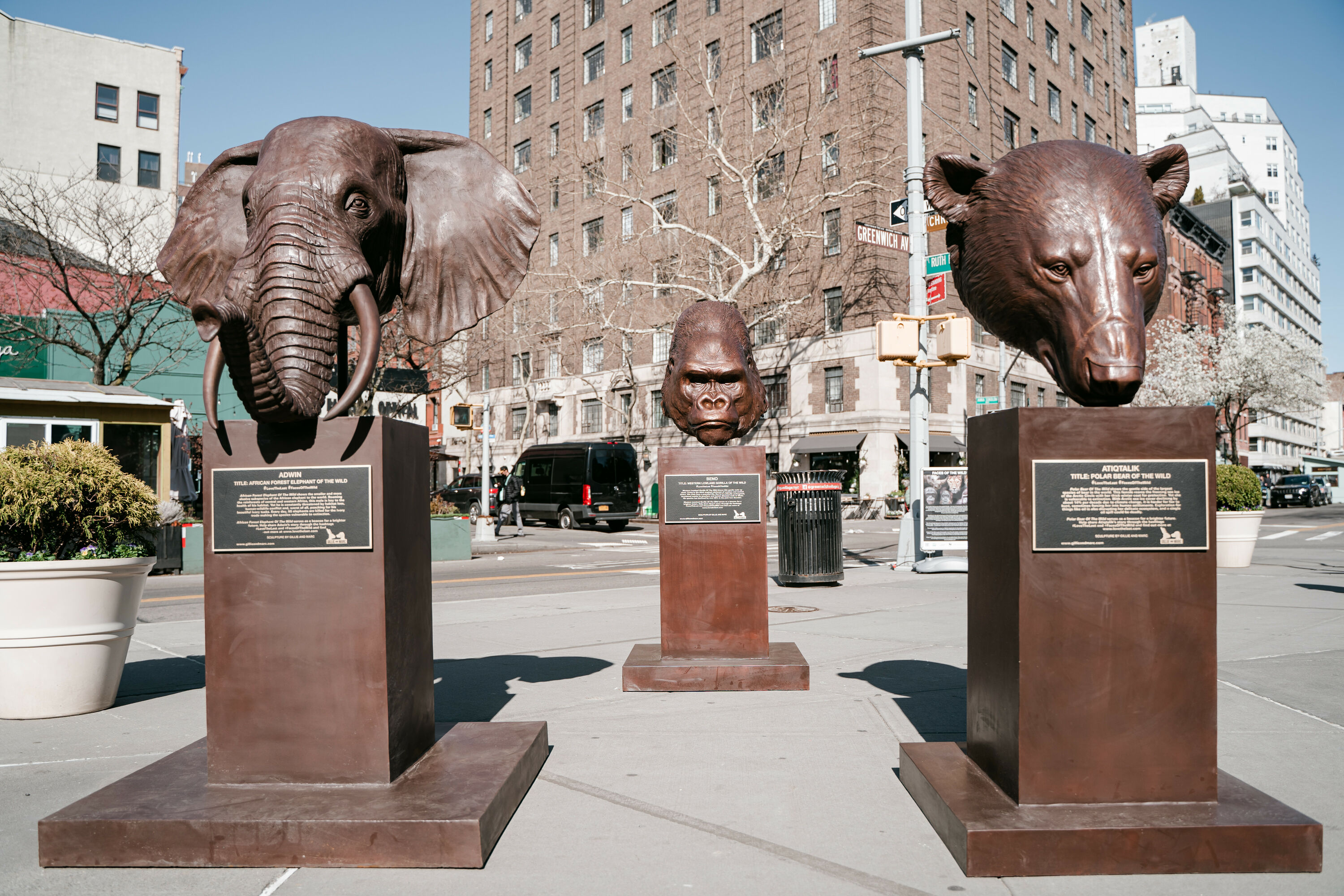 Giant sculptures of endangered animals have been installed in Greenwich Village

A new outdoor installation has just taken up residence in Greenwich Village‘s Ruth Wittenberg Triangle, at the intersection of Greenwich Avenue, Avenue of the Americas and Christopher Street, and it would be very hard for you to miss it.

“Faces of the Wild” features nine six-foot-tall sculptures of critically endangered animals. The monuments are based on the many photographs and sketches that the artists behind the works have taken of wildlife over the past 15 years.

Animals depicted include northern white rhino, chimpanzee, addax, western lowland gorilla, polar bear, red wolf, African forest elephant, hippo and lion . “These animals come from all over the world, from the African savannahs to the tropical forests of Indonesia,” read a statement. Press release about the installation. “They are all beautiful, instantly recognizable, but in desperate need of help.”

The exhibition is the latest installment in the “Love the Last” series of international artists, conservationists and husband and wife duo Gillie and Marc Schattner. The larger project aims to bring townspeople face to face with endangered animals in order to create a bond between the two parties. Just one look at the giant sculptures in the middle of midtown Manhattan makes the show’s purpose very clear.

“Because the public does not see these animals in their everyday lives, they may not realize how endangered they are,” the official statement read. “This exhibit changes that. Animals have been brought into the urban jungle, into the lives of the public in a whole new way. And once they can see them in that light, part of their own home, then a bond can be formed.”

To deepen the effects of the exhibition, the organizers have added an interactive component. Each sculpture has an individual QR code next to it that visitors can scan to land on a page with information about each animal, general conservation efforts and the option to donate to the World Wildlife Fund, the artists’ charity partner.

This isn’t the first time the Schattners’ work has been exhibited to New Yorkers. In 2018 the now iconic statue of three rhinos took over Astor Place, and in 2020 the enormous gorilla King Nyani was installed in Hudson Yards (up to three people were able to sit in his hand at that time !). Clearly, the couple are dedicated to the cause.

“Faces of the Wild” will be exhibited for four months.

Do you like doing things in your city? Tell us all about it in our annual, global, Dead Time Index Survey.