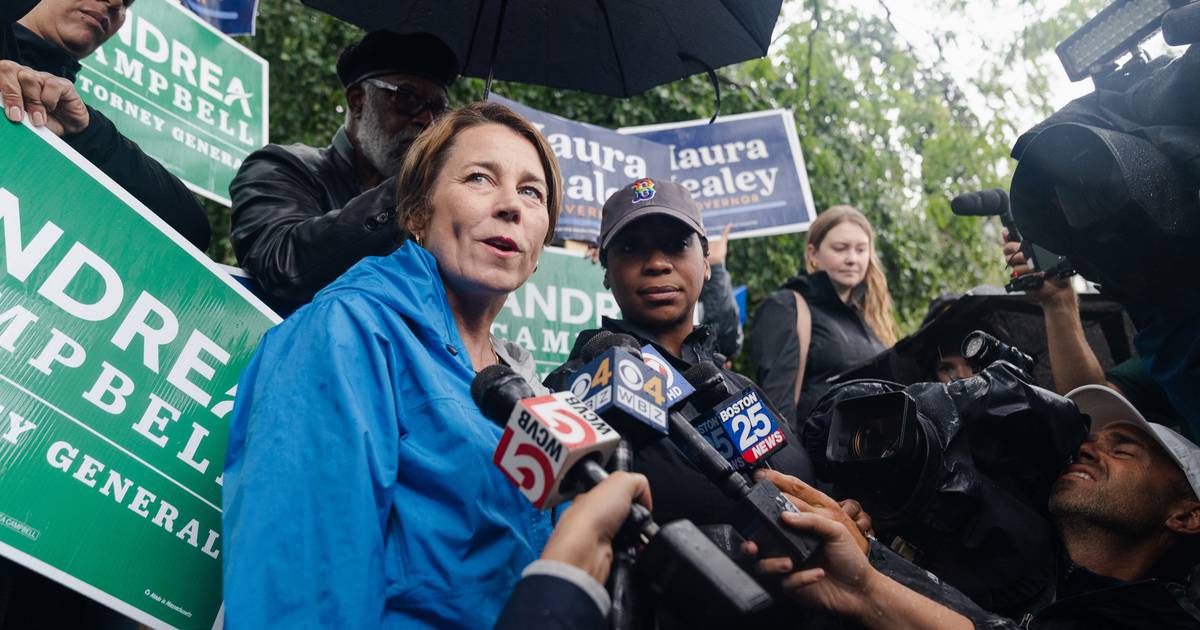 A green on the green walked away with the top prize in the Oireachtas Golf Society’s annual Christmas basket competition on Monday.

Francis Noel Duffy is the first member of the Green Party Company, and our spies who stalk the fairways of Powerscourt’s East Course tell us the Dublin South West TD is a very accomplished golfer.

Clearly, Deputy Duffy does not share the view of some environmentalists that golf courses destroy the natural landscape and should be reseeded, allowing native flora and fauna to thrive in their natural habitat. And neither will his wife, Deputy Leader of the Green Party and Minister of Tourism and Sports, Catherine Martin, we presume.

We understand Francis Noel is friends with Galway East independent TD and company stalwart Noel Grealish, who encouraged him to join.

The event at the championship course in Wicklow was considered a huge success. Secretary Donie Cassidy said it was the biggest basket competition in the company’s 50-year history. “After the last two years, people were just happy to go out again and get together for the annual Christmas outing,” he said.

It’s been an eventful good end to the year for the former Westmeath TD, after a charge against him relating to the infamous Clifden Golfgate saga in 2020 was dismissed in February. He was elected vice-president of Fianna Fáil last month.

Although there was no turkey or ham included in the price, Donie says “it was a fabulous basket. Fabulous”.

As this was the last outing of the year, everyone won a prize as all golfers had to bring a bottle and donate it to the fund. But Donie, what if someone retrieved the bottle of banana liquor he found at the back of the sideboard or the stripper plonkerino he bought for the tuppence on his way to the contest?

” It does not bother me. I am a pioneer for life.

And of course, isn’t it nice to win something?

Marc MacSharry has been making a lot of noise in the Dáil in recent years about the lack of speaking time in the chamber. He lived up to his usual tricks on Wednesday, ripping strips at the Leas-Cheann Comhairle for not giving him the same speaking time she gave to other TDs, while accusing Catherine Connolly of discriminating against him.

The predictable result was a temporary suspension of the session and the mandatory withdrawal of Sligo TD. Marc recently moved to the independent benches when he resigned from Fianna Fáil over what he said was the management’s unfair treatment of his proposed readmission to the parliamentary party.

There are many examples of his comedy in parliament, from his days in the upper house in 2013 when he called then Taoiseach Enda Kenny a “clown” and accused him of “urinating on the Seanad”.

On the issue of speaking rights, MacSharry, now in the Dáil, tormented leas cheann comhairle Pat the Cope Gallagher with his roars about independent MPs such as Michael Healy-Rae and Mattie McGrath hogging all the speaking time.

They were making a joke about the debates, he thundered, turning questions about promised legislation into “Strictly Come Dancing” and acting like the half-time entertainers.

“We have 44 [Fianna Fáil] MPs here, but every day we have Kofi Annan McGrath and Ban Ki-moon Healy-Rae undermining the democracy of this country,” he bellowed.

“Outrageous! Disgrace!” he thundered, while Kofi and Ban Ki-moon screamed in protest. “For the love of Christ, control them. The business committee of this house is a joke.

Marc said he was going to set up his own technical group with the other TDs from Sligo-Leitrim (who didn’t want it). Pat the Cope threatened to hang the house if he didn’t shut up. “Hang it if you want. The same people speak all the time.

The house was duly suspended.

Interestingly, MacSharry complained to the Dáil Affairs Committee, the same committee that received a formal complaint this week about his conduct at the Dáil on Wednesday.

Interesting because when that last outburst was discussed, it turns out his grandstanding wasn’t ignored on a higher level. And it also turned out, to no one’s surprise, that Marc had been roaring through his hat all along.

While discussing his conduct – Thomas Pringle of Donegal alleged that Wednesday’s performance was offensive to Catherine Connolly – the Ceann Comhairle revealed that Oireachtas staff had reviewed Deputy MacSharry’s speaking record in the Dáil and , unlike its loud tummy aches, the permanent incandescent TD made the top 10 list for those who talked the most.

It seems the authorities, obviously as sick of his antics as everyone else, called his bluff.

Meanwhile, in a busy week for the works council, Mattie McGrath failed to get the Oireachtas to house the Living Crib in the grounds of Leinster House on the grassy plain of Leinster Lawn. Roscommon Independent Denis Naughten asked Mattie if he could provide some excited sheep for the tableau vivant.

“I can get you excited ewes, rams, hogs, mountain sheep. No problem.”

However, he failed to win the support of his colleagues when an Oireachtas official rejected the idea, citing health and safety concerns with allowing members of the public through the doors.

“Nonsense,” a disappointed Mattie said afterwards, “there’s a lot of grass there and rails inside and railings outside. They might even stand behind them and pet the animals from there.

Cian O’Callaghan of the Social Democrats said it was a problem for the Lord Mayor of Dublin and the Dáil should not interfere.

The Healy-Rae political empire has made a major inroad in the United States of America and the green and gold carpet is now officially waiting in Kilgarvan for new Massachusetts Governor Maura Healey.

The Maryland Democrat is the state’s first female governor and she joins Tina Kotec of Oregan as the first openly lesbian elected governors in America.

And in Kerry, the Healy-Raes are overjoyed. Governor Healey’s grandfather, Jeremiah, was from the village of Kilgarvan, the epicenter of the Healy-Rae political machine and the home of TDs Michael and Danny.

On Friday, Michael congratulated Maura on behalf of himself and the Kingdom and invited her to visit the village of her ancestors as soon as her schedule allows.

“I hope his first trip abroad will be to Ireland and his home town of Kerry and I will take him to see where his people are buried,” he said yesterday. “You see all the Healys of Kilgarvan are somehow linked anyway. We started leaving around the mid 1800’s – different slices of them grew and left every 50 years or so so I would be more than confident that the new governor is one of our own. “It would be wonderful to welcome him back.”

And imagine, he said, if she arrived for her swearing-in wearing a cap.

Maura Healey has served as Massachusetts’ attorney general since 2015 and played professional basketball in Austria before becoming a civil rights lawyer. She beat Republican nominee and Donald Trump nominee Geoff Diehl in this week’s election, when Trump turned out to be a loser even when not on the ballot.

With the Healy-Raes celebrating, it seems rude to point out a rather distressing aspect of the new Governor’s Irish lineage, but it must be done. You see, Maura’s grandmother, Margaret, married to Jeremiah of Kilgarvan, is actually a Riordan from… Cork. Macroom to be precise.

Michael Healy-Rae says nothing. We don’t know if he broke the news to Danny yet. But there’s bound to be friction between the two sides if a visit seems likely. The fight to claim Governor Healey could easily turn vicious should the Cork Brigade decide to assert their bragging rights. Which is a given.

Perhaps she should avoid Munster altogether and head straight West, where an equally big welcome would be on the mat. Maura’s great-grandmother, Katherine Tracy, was from Ballinasloe in Galway.

Although, we wouldn’t bet against the Healy-Raes in this political custody battle.

There was a lovely event in the private dining room of the Ceann Comhair on Wednesday morning when Father John Joe Duffy, parish priest of Creeslough in Donegal, celebrated the annual mass at Leinster House in memory of deceased staff and members of the Oireachtas.

The mass was organized by the Rural Independents, Mattie McGrath and Michael Collins. “A moving and beautiful occasion,” was how one participant described the service.

Tipperary TD Mattie asked Father Duffy to celebrate but said he did not expect the parish priest, who brought so much comfort and support to his Donegal community during the recent tragedy, to accept the invitation because he had to adapt it all month. mental masses that take place in his parish.

The priest spoke of his roots in Burtonport in Donegal, where he grew up around boats and the sea. Boats make ripples, he told the congregation of staff and politicians, and these ripples travel outward and cause a wider effect, just as the people of Creeslough felt the ripples of love from all over Ireland and beyond.

It was a busy day in the Dáil, with many committees in session, and Mattie said he didn’t have time to read all the apologies from TDs and senators. At one point, as the straggling politicians tiptoed to the seats closest to the door, the celebrant quipped: “I’m afraid so many of you yearn for the back seats.

There was an unexpected drama after the mass. When the altar candles were blown out, the sacred smoke triggered a detector and the fire alarm went off, causing the evacuation of the Dáil’s restaurant and kitchen for a few hours. Politicians dining inside were unceremoniously tossed out in the open until the go-ahead was given.

Then it was business as usual for the staff, who the next day offered a special menu for the young participants of Seanad na nÓg. The highlight was a hot chocolate station with homemade cookies with the overgrown political kids who hadn’t yet returned to their constituencies for the weekend making forceful representations for its continuance on a permanent basis.