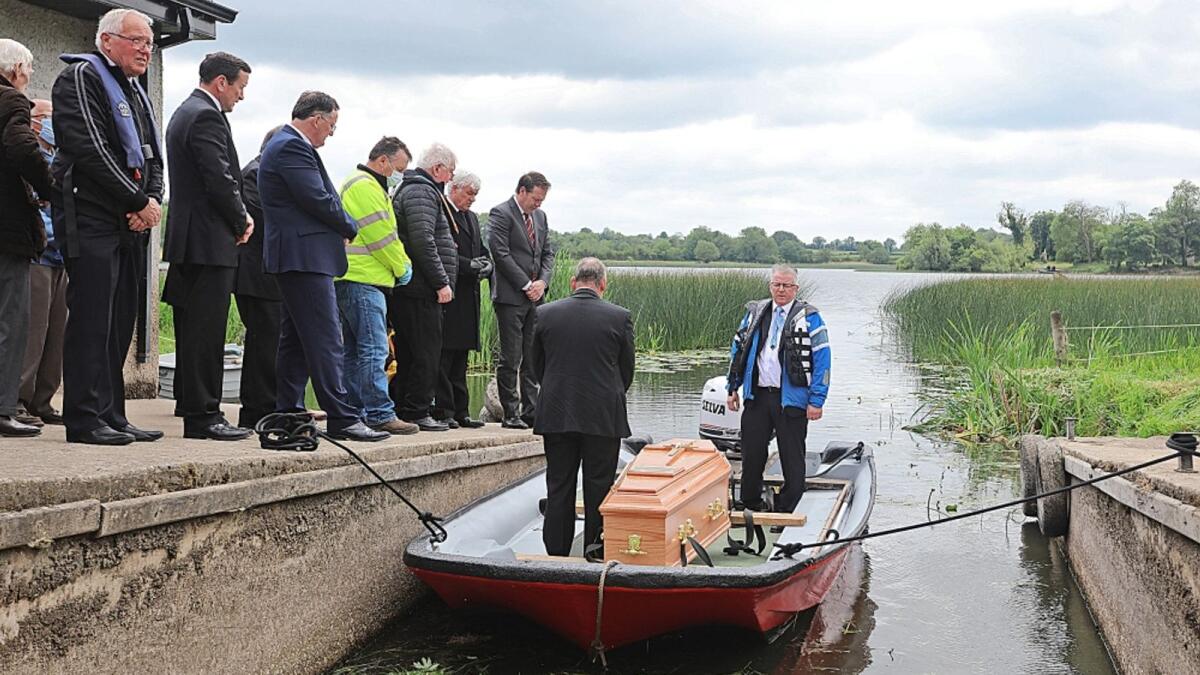 An ‘alternative’ is being sought, the elected officials said, told that health and safety rules had dimmed the prospect of locals using the existing craft provided to visit St Mogue’s Island.

The island near Bawnboy is a cemetery for the parishes of Templeport and Corlough in County Cavan and Lower Drumreilly in County Leitrim. However, a recent ‘assessment’ raised concerns about the existing fiberglass craft and as a result it was deemed unfit for service.

Fianna Fáil’s Sean Smith said the “problems” had only come to light in the past few months. The local councilor and resident of Templeport noted that the development could not have come at a worse time for the local community, which welcomes large numbers of people to the parish during the summer. Alongside the upcoming festival in the village of West Cavan, he said visitors wanted to visit the graves of loved ones on St Mogue’s Island. In response, lead engineer Paul Mulligan said he was aware of the anxiety over health and safety, but the council “has been working on this for some time”.

He informed the meeting that the boats needed to be assessed and formally “certified” for public use, but the vessel used to transport the remains to St Mogue’s Island no longer met regulatory standards.

“Some issues have been identified,” Mr Mulligan said of the boat, which is now “nearly 30 years old”.

Compared to newer types it sits “very low” in the water, and although he assured the council was working to remedy the situation in the long term, for this summer at least he hoped a boat “alternative” could be found.

Further down the road, Mr Mulligan said a source of funding would be needed to replace what exists with a more modern boat, alluding to the type of boat used by civil protection.

Cllr Smith reminded the meeting that a small traditional open canoe-like boat called a cot had been used by generations to access St Mogue’s Island before, saying: “…and it has withstood the ‘test of time’.

Cavan County Council has been contacted by Celt for comment.