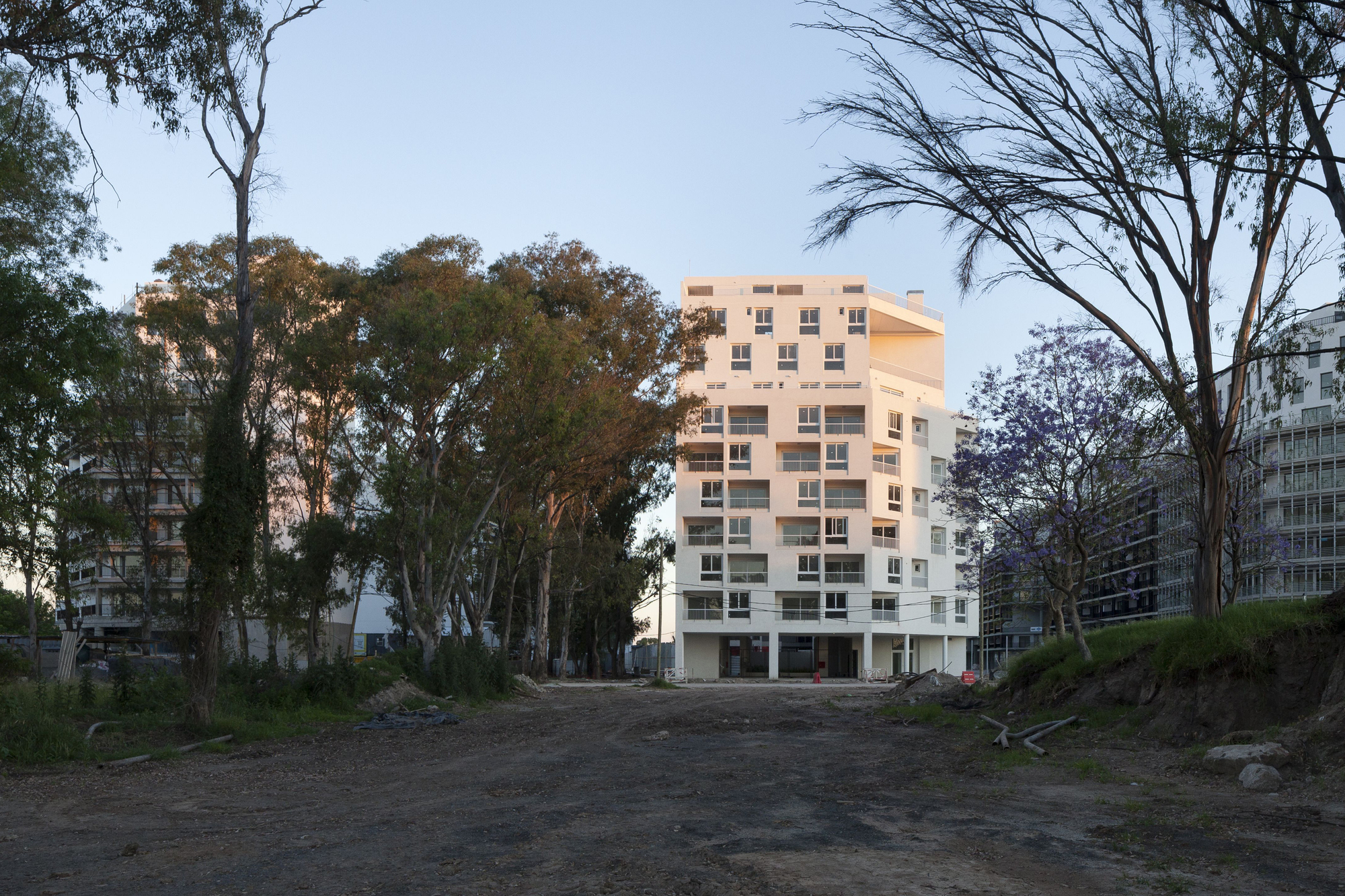 Text description provided by the architects. The proposal is developed in Villa Soldati, an area of ​​the city of Buenos Aires that was relegated in its development in the first half of the 20th century, then it was a laboratory of urban projects that did not prosper. The current scenario is an area of ​​low housing density, low-qualified green spaces and poor infrastructure. Projecting the Olympic Village in this sector of the city is the opportunity to produce a qualitative change in the urbanity of the southern district.

Being the third contest of a consecutive series, we have decided to save and enhance some of the topics already mentioned: the continuity of the morphological fabric, the visual permeability of the ground floors and the incorporation of common spaces in the interior of the buildings, to intensify its scope in urban terms, proposing a new architectural language that incorporates the variation with respect to previous projects.

In accordance with the guidelines of the territory’s regulations, we have established differentiated strategies according to the particular situation of each lot. We decided to project the common spaces of the buildings as urban elements. This allowed us to rethink two archetypal images: the dome and the loggia.

The cuple. In the corner buildings, the common use spaces are located at the top, prioritizing the point of inflection inside the block, like a recognizable landmark in the landscape. These places allow a greater openness to the city, a place from which to contemplate the horizon and at the same time a distant landmark in the territory.

The series also allows to establish a dialogue between the buildings, recovering the memory of the Buenos Aires of the beginning of the 20th century where the domes imprinted their character in the center of Buenos Aires, reinterpreted in a contemporary element that functions as a symbol, but above all , favors the best views for a program for community use.

The square and the loggia. In the buildings of the city center block (double facade), we decided to relocate the common use space to the highest point, turning it inwards where squares for restricted use are formed. These double-height semi-open spaces refer us to the Italian loggia, with its double operating condition at the head of the building, incorporating a public program in relation to the adjoining open space.

Unity. All units are arranged outdoors, with a high degree of comfort in terms of orientation, cross ventilation, visuals and own enlargements. The typologies have different spatial configurations, maintaining their structural module and allowing interchangeability as needed.