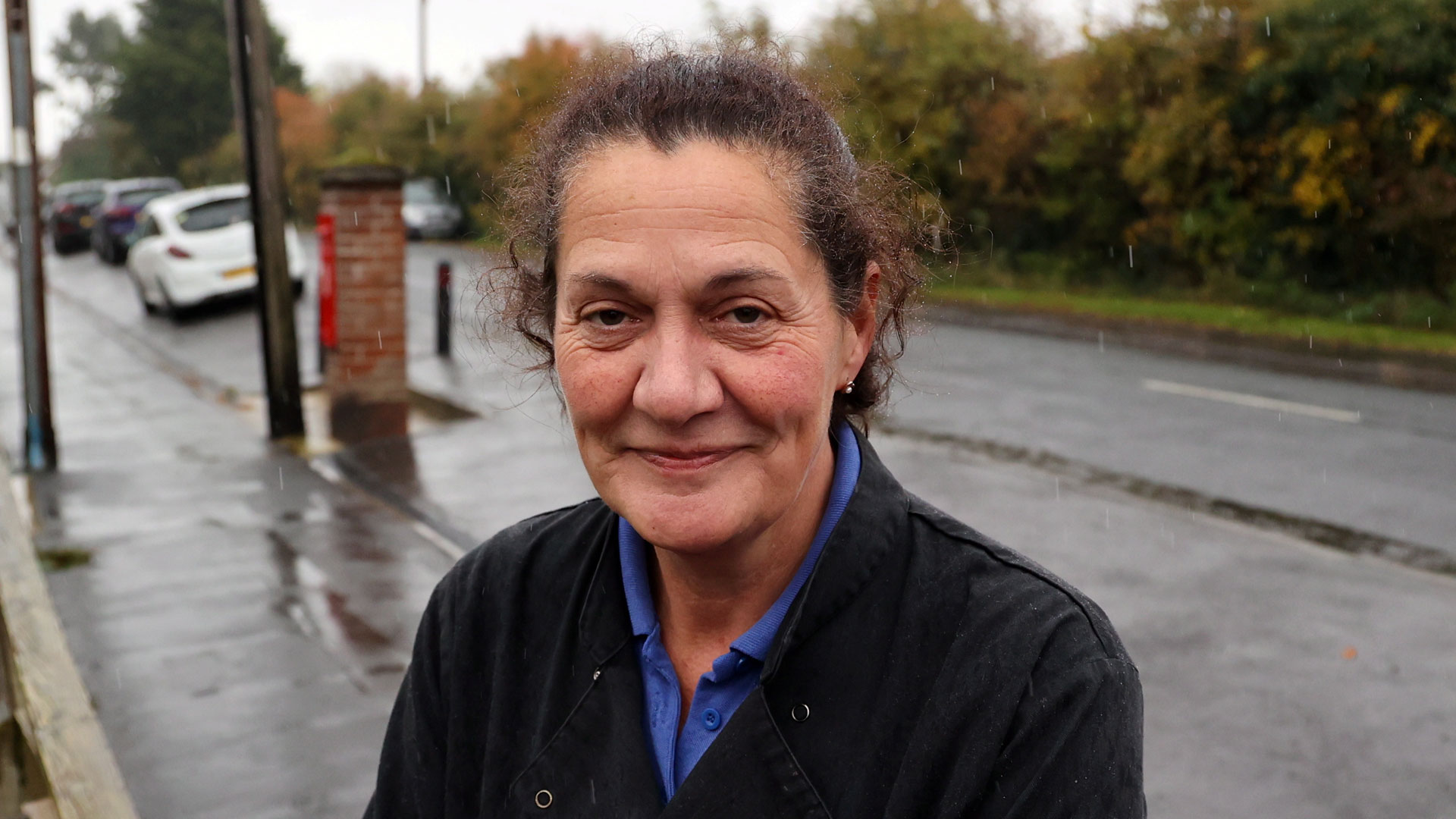 It is a dark, cloudy day as a woman stands in the doorway of her semi-detached house and takes a puff of her cigarette.

As she drops the end of it on the ground, she asks, “Do you have any ID?” and nods toward a tall fence with barbed wire wrapped around the top.

“Prisoners get released and knock on my door asking for money, so I have to make sure I’m safe,” she says.

The building she is referring to is HM Prison Low Newton, a closed institution for women and young offenders that has housed some of the country’s deadliest female killers.

Denise Christie lives opposite the terrifying complex – which also includes the infamous HM Frankland Category A prison – with her daughter and has a view of the entrance from her garden.

The 52-year-old cook says prisoners often knock on her door after release asking for taxis and change.

She said: “They’re releasing prisoners from there and they’re knocking on your door a lot.

“They do it every few months, mainly to ask if they can lend money or use your phone. Some of them ask for taxis to Middlesbrough.

“I don’t worry about answering the door, I just have to politely
decline.”

Most read in The Irish Sun

Denise admits sirens and ambulances were ‘intimidating’ when she moved in 13 years ago, but within six months she was settled.

Locals quickly warned her of the potential threat to her then nine-year-old daughter.

She recalled: “My neighbor told me to keep her inside during visiting hours because pedophiles visit pedophiles and rapists visit rapists.

“So she wasn’t allowed out of the house until she was 14. It was a shock to hear.”

Denise doesn’t worry about her safety even when ex-convicts knock on her door as she claims killers get released a different way.

However, sometimes residents are asked to stay indoors for their safety.

Denise said: “You see convoys go by when high level prisoners arrive. They prevent you from leaving your home, but once it’s cleared you continue to lead a normal life.

“Sometimes when there’s a big deal there are reporters filming outside. I turned on the TV once and thought ‘this is my house.'”

The prison shares the same sprawling complex as HMP Frankland, one of the toughest men’s prisons in the UK.

The Grade A penitentiary houses notorious criminals such as killer Levi Bellfield and murderer Wayne Couzens and once housed violent prisoners Charles Bronson and Peter Sutcliffe, who murdered 13 women.

Frankland opened in 1980 with just four wings of 108 cells each, but expanded in 1998 when two more wings were opened – it now has eight wings and houses approximately 850 men.

Clothes pinched on the clothesline

Housewife Sharon Wheatley, 50, has lived her entire life in the area and insists she was “never scared”.

She said: “Some people ask me if I’ve ever seen someone escape, but I haven’t.

“Even if someone escapes, they don’t stay here. They will run away to farmland, especially Frankland.”

A surprising misfortune she experienced was the disappearance of some of her possessions.

Sharon explained: “Years ago people visiting the Young Offenders Institute would pinch stuff off your clothesline.

“It was never the prisoners, just their friends and family. But now there are no more problems. I feel incredibly safe.”

Sharon says it’s easy to spot when a prisoner is about to be released because “there are protesters outside”.

She adds: “There is no one innocent in this, it is reserved for the worst of the worst.”

The mother-of-one claims it’s like living anywhere else and her main complaint is ‘the volume of traffic’.

“It’s the number of workers going there – you can’t cross the road at seven in the morning.”

Struggling to sell your house

Steven Nixon built his four-bedroom home, three doors down from HMP Frankland, in 2005.

But now the 56-year-old bricklayer is struggling to flog the property, which is priced at £450,000, due to its proximity to the prison.

He said: “The house is for sale, but some buyers lost interest because they were worried about the prison.

“Some say, ‘What about the people who come to visit us?’ But, you never hear anything, it’s really sure.”

Steven lives so close to the secure prison that it is visible from his back garden.

“You can’t see it if you sit at the bottom of the garden next to the shed,” he added.

“It’s the best place to live, I would give it a ten out of ten. I bought the land because I thought it was a great place, it’s a beautiful area.

“The only reason I’m moving is because I want to downsize, but there’s
nothing to fear. It’s the safest place.”

“People try to scare you away”

An elderly resident, who did not want to be named, has spent her entire life in the neighborhood and was there before the prisons were built.

“When they announced they were building the prisons, it was a bit scary but we weren’t petrified.

“Some old people on the street were trying to scare you, but it was interesting, it was something different.

“I worked there as a cleaner and my husband was an officer in
Frankland. It was the best job I’ve ever had, I loved it.”

Full-time carer Maz Aghdam, 49, who has lived on the streets for seven years, says the area is “very safe” and he is “really happy” to live there.

He said: “A lot of people walk around here. We never hear anything from the prison.

“We moved here because we had problems with some previous neighbours, but we’ve never had any problems here.

“Sometimes traffic is bad and prison officers drive past the house, so a speed bump would be nice, but other than that we have no complaints.”

Ridgecrest Village: What is Lifecare?