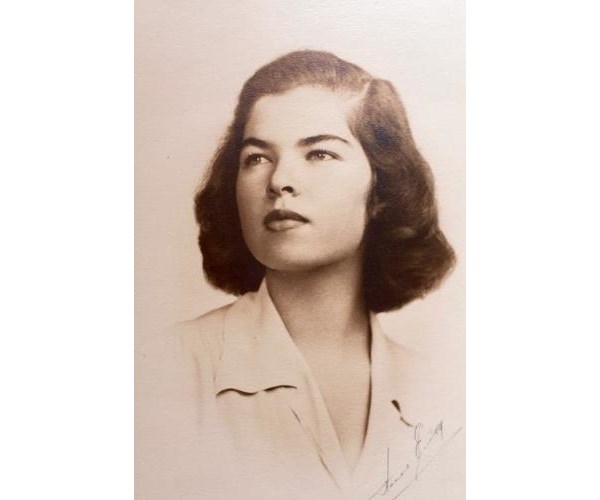 By Greg B. Pollard Last updated Oct 3, 2021
0
Share
Madeleine Monica McMullan, née Engel de Jánosi, passed away on October 1, 2021 surrounded by her family at her home in Lake Forest, Illinois. She was 92 years old.

Madeleine was born in Vienna, Austria, in 1928. After the Nazis took over the family estate, Madeleine and her parents fled to Lyon, France, in 1939, where relatives hid them. Eventually, the family moved to England, where Madeleine learned English herself by reading the dictionary. When the Department of History at Johns Hopkins University offered Friedrich a teaching position, the family reunited and emigrated to the United States.

Madeleine graduated from Stone Ridge School of the Sacred Heart in Baltimore, Maryland, where her mother taught French and art history. Madeleine received her BA in English from Trinity College in Washington DC and her MA in History from Johns Hopkins University in 1952. She wrote for The Evening Star before becoming an intelligence officer for the Central Intelligence Agency (CIA).

In 1957, at a party in Washington, DC, Madeleine met a young man from Newton, Mississippi, who was visiting his sister. Three days later, James McMullan proposed. They married and moved to Mississippi where Madeleine taught at East Central Junior College and then Millsaps College, where she became an associate professor. She has taught European history and co-authored an integrated humanities program which received a grant from the Ford Foundation. Madeleine has also served as president of the Mississippi Art Association and of the board of directors of the Opera Guild.

When her husband accepted a job in the securities industry with William Blair & Company in Chicago in 1969, they moved to Lake Forest, Illinois. Madeleine has focused on philanthropy and volunteering at the Holy Family Church in Chicago, the Women’s Board of Lake Forest Hospital, the Chicago Botanic Garden, and the Chicago Historical Society. Madeleine also became a founding member of the Infant Welfare Society of Chicago, where she volunteered for decades, focusing on helping immigrants fill gaps in their health care coverage. In 2004, Madeleine and James established the Madeleine and James McMullan-Carl E. Eybel, MD Chair of Excellence in Clinical Cardiology, and staffed a cardiac catheterization laboratory for the new wing at Rush University Medical Center in Chicago.

Madeleine is also survived by her cousins ​​Dr Daniel Serin of Chateaurenard, France; Anna Stein from Paris, France and Gabor Szikla from Granby, Connecticut, among the last survivors of Engel de Jánosi, Madeleine first met in 2013.

There will be a funeral mass at Little St. Patrick’s Church, 991 S. Waukegan Road, Lake Forest, IL 60045 on Tuesday October 5th at 10:00 am. Madeleine will be buried with her beloved 55-year-old husband at the Masonic Cemetery in Newton, Mississippi. Donations can be sent in memory of Madeleine McMullan to Most Blessed Trinity Parish, 450 Keller Avenue, Waukegan, IL 60085. Info: Wenban Funeral Home, Lake Forest (847) 234-0022 or www.wenbanfh.com