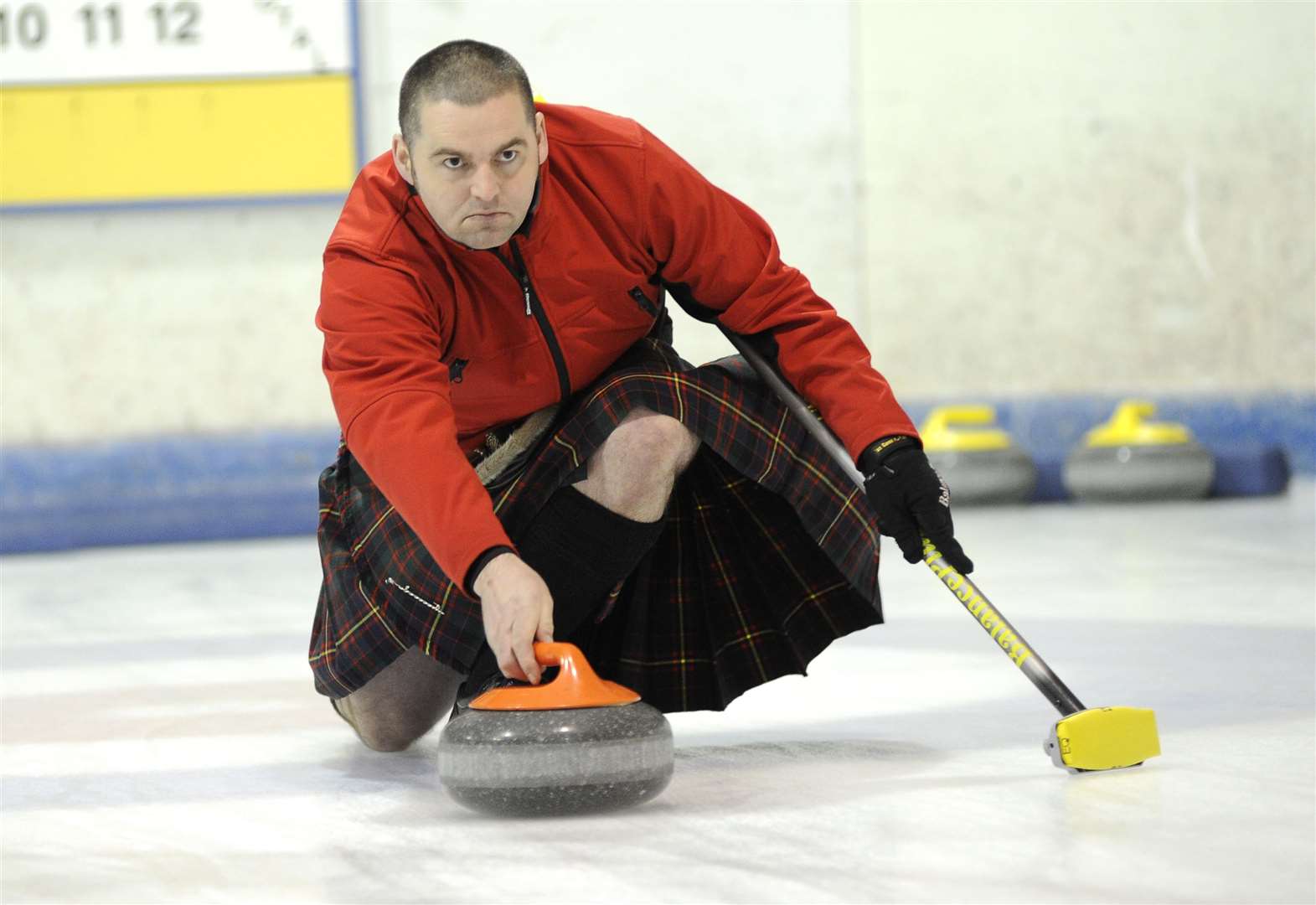 There were a number of real humdingers in the Moray Province East Curling this week.

Trailing 5-4 but with the hammer in the final set, Tennis Club fourth player Roy Thomson stayed cool as a cucumber to take a two and leave the Elgin rink useless.

A sixth end four gave the Speysiders a 7-5 lead, but the hotel rink, led by a rather weary Angus Gunn, kept their cool to take a steal and a single to give them a slice of the booty.

Alan Campbell’s Buckie team were never ahead in their match against Bill Jaffrey until a late four instead ruined the Fochabers combo’s night.

Up 5-2 after four ends, Buckie Rink stayed in the competition, collecting singles to advance to the final end. Unfortunately for the Fochabers team, they now found themselves unable to “hit the bottom of a cow with a banjo” and lost a 4 despite having last rock advantage.

In Division 3, Linda Hardie marked her much-loved return to the rink with a remarkable 8-7 win over Andrew Allardyce. Despite trailing 6-0 after three ends, the Forres skip held on well with a fourth end four and a pair of twos to outclass the Elgin rink in one fell swoop.

Owen Watson’s juniors had a great night collecting all their shots between an opening single and the third end against an experienced Helen Downey.

Division 4 saw Janice Rankin’s new Moray Firth Ladies team pick up their second win of the campaign, comfortably winning against Lynne Robert’s Wheels team. The Wheels picked up a formidable four to lead 5-2 after four ends, but ran out of gas afterwards, losing a five and a few twos in an 11-5 loss.

Sandy Howie was thrilled to lead Jim Walls’ competitive rookie side to a solid 9-5 victory over Katy Gordon’s juniors. The newcomers were powerful in the middle of the game, scoring seven shots at ends 3, 4 and 5.

In the Open Knockout preliminary round, Eddie Milne beat Mike Kemp in a biting 7-6 victory and now meets Alan Campbell in the Eastern Section quarter-final, while another shock defeat for Kenny Oswald allowed Charlie Watt jnr to advance to its East quarter-final. against Alan Durno.

Do you want to react to this article ? If yes, click here to submit your thoughts and they may be published in print.

Uganda: Museveni castigates Kakwenza, Bobi Wine and other Ugandans for celebrating the death of Gen Tumwine