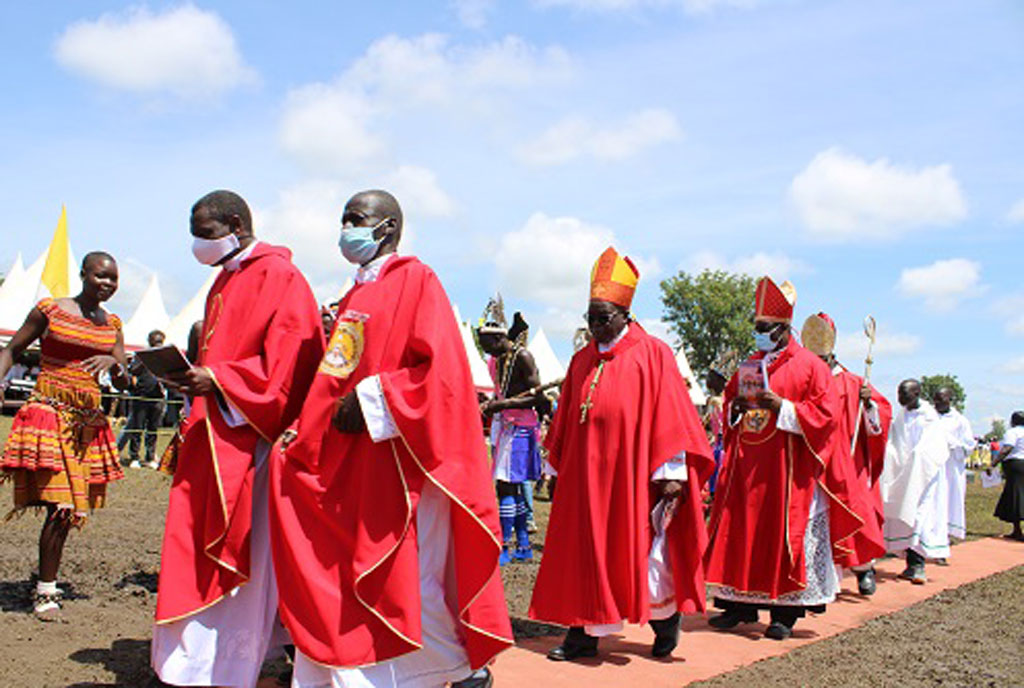 Archbishop John Baptist Odama of Gulu has castigated the leaders of Madi and Adjumani for not telling the truth to end the Apaa land dispute.

Addressing pilgrims from the Archdiocese of Gulu, Dioceses of Nebbi, Arua and Lira (GANAL) at the Holy Cross Shrine of Indriani in Adjumani district this weekend, Bishop Odama said “There is still a region in our province which is still in a state of violence, division and lack of peace which is Apaa. I ask all GANAL to pray for Apaa.

He added, “It is the truth that will set us free. This problem can only be solved by telling the truth about this place and listening to the people who live there. The Acholis and the Madis married and remained together for many years.

Christians were celebrating 110 years of the Catholic faith.
Bishop Odama also urged leaders on the other side of the divide to work together to bring peace to Apaa.

In August 2018, President Museveni visited the area and offered the relocation of the Acholi with compensation and the acquisition of alternative land in Adjumani to settle the evictees.

He also ordered that the settlers already occupying the commercial center of Apaa should not expand into the Zoka forest.
However, while meeting with political and civil leaders from the Lango and Acholi sub-regions at Barlegi State Lodge in Okwang sub-county, Otuke district in June, the president accused the political leaders of ‘Acholi for fueling the clashes.

Mr Museveni said some of them were spreading malicious and misleading information which escalated the conflict.

Adjumani Vice President Mr. Richard Kaijuka said that the Acholi and the Madi should coexist as they have been living together for many years.

“I ask all religious leaders to go to Apaa and preach the gospel of peace and coexistence, we are one,” he said.

Mr. William Amanzuru Leslie, the team leader of Friends of ZOKA, a conservation organization, reiterated the Bishop’s appeal, saying truth is prudent in resolving the dispute.

In 2015, the government started demarcating administrative boundaries between Amuru and Adjumani districts to restore sanity between the two communities.

In 2017, the government ceded the land to Adjumani, triggering a series of clashes between the two communities. At least 23 people of Madi and Acholi origin have died since 2012 when the first attack took place in the area.

Mr. Edward Idro, 34, and Mr. Luke Tako, 46, all residents of Aliwara Village, Mungula Parish in Itirikwa Sub-County, Adjumani, were the latest victims to die of an attack on September 20 in the parish of Labala last year.

While the government has continued to maintain its stance of evicting residents over allegations that they are illegally occupying part of the East Madi Protected Game Reserve and Zoka Forest lands, repeated attempts to do so ended in a bloodbath.