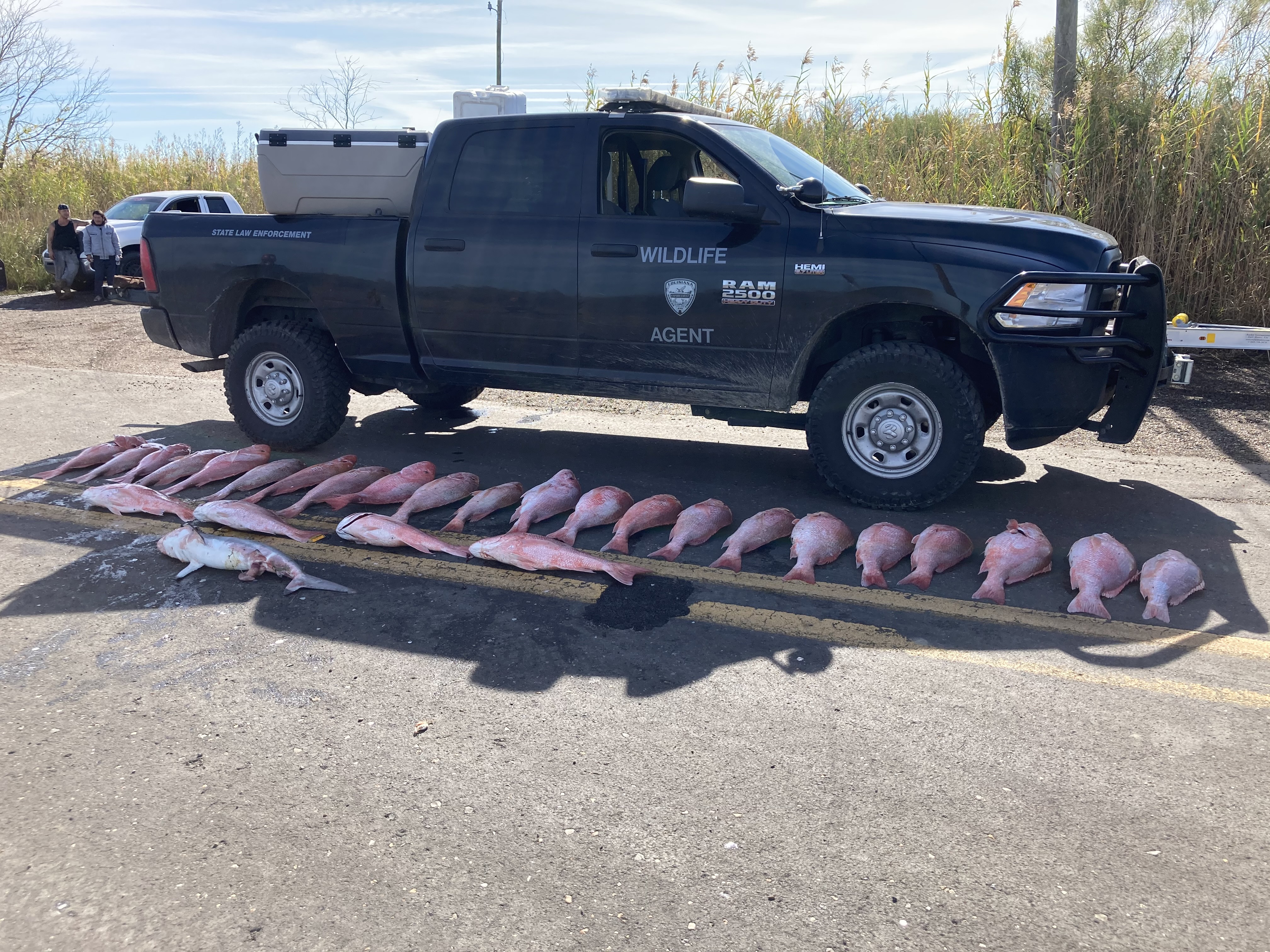 Louisiana Department of Wildlife and Fisheries enforcement officers cited four people for alleged violations of recreational fishing in the parish of Vermilion on December 1.

Officers cited Hoang Van Pham, 55, of Lafayette, Timmy Van Le, 51, of Eunice, Canh Van Duong, 46, of Crowley, and Steven Van Tran, 43, of Opelousas, for overtaking the red snapper limit. Duong was also cited for possessing an undersized shark and not having a basic and saltwater fishing license.

Officers were informed that these subjects possessed above the red snapper limit. Officers set up surveillance where they launched their vessel earlier in Freshwater City. When the subjects returned from their fishing trip at around 10:15 am, officers arrested them for creel and permit checks.

Officers seized the 27 snappers and red sharks and donated them to a local charity.

Subjects may also face civil restitution totaling up to $ 445 for the replacement value of the red snapper and shark.

The officers involved in this case are Sgt. Justin Sonnier and Corporal Derek Logan.