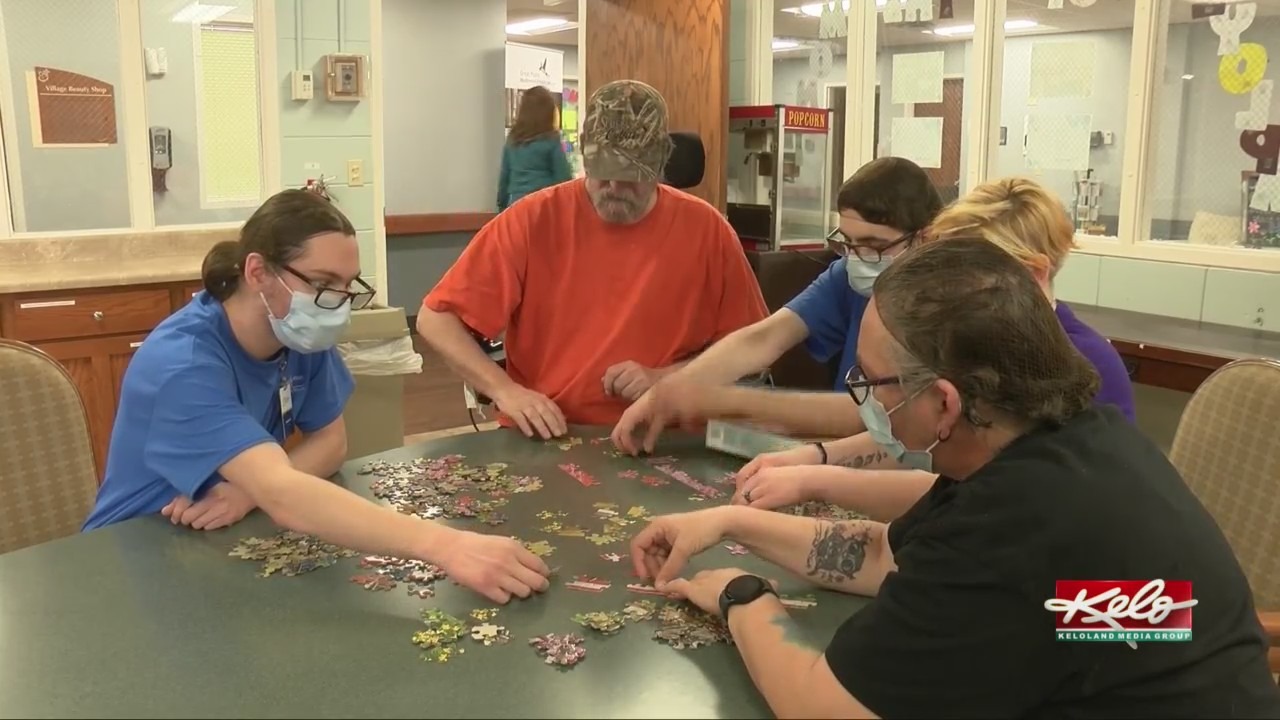 Placing a loved one in a retirement home is never an easy decision.

SIOUX FALLS, SD (KELO) — Placing a loved one in a nursing home is never an easy decision.

But long-term care facilities still want you to feel like family. For a resident of a local retirement home, it really is a family thing.

Cavin Kinsey, 63, is considered the king of puzzles here in Sioux Falls Village.

With a puzzle, every piece has its place.

The same can be said for Cavin’s family because this place is right here.

Cavin’s daughter is the dietary manager.

“It’s really great to have him here, I know he takes care of him, I see him every day and like he said, if he needs anything he’s very spoiled,” Margaret Pritchard said.

But she’s not the only family member working here. One of his grandsons is the midday cook. He thrives on the opportunity to spend more time with his grandfather.

“I didn’t see him much when I was really young, so just having him here now is really nice because I know he’s safe and I can visit him whenever I want,” said Austin Naples.

Just like another of his grandsons. Drake Braswell works here as a diet aide. He says it’s a perfect place for his grandfather.

“It’s nice to see he has a nice big spacious room here, makes him feel really comfortable and at home,” Drake said.

She says she is still looking for grandfather.

“If he needs something that other people aren’t qualified for, he can always come and ask me, I can make sure he gets the best care here,” Lana said.

Cavin says he enjoys these special moments with his daughter and grandchildren.

“It’s actually pretty good,” Cavin said. “If I want something, I know where they are.”

Margaret says when you look for the right piece and find where it goes, it feels good and Cavin fits in well.

“I wasn’t sure until I started working here and met the people, checked out the facilities and decided he should be here with us,” Margaret said.

Cavin, who is a Vietnam veteran and has MS, has only been in Sioux Falls Village since December.