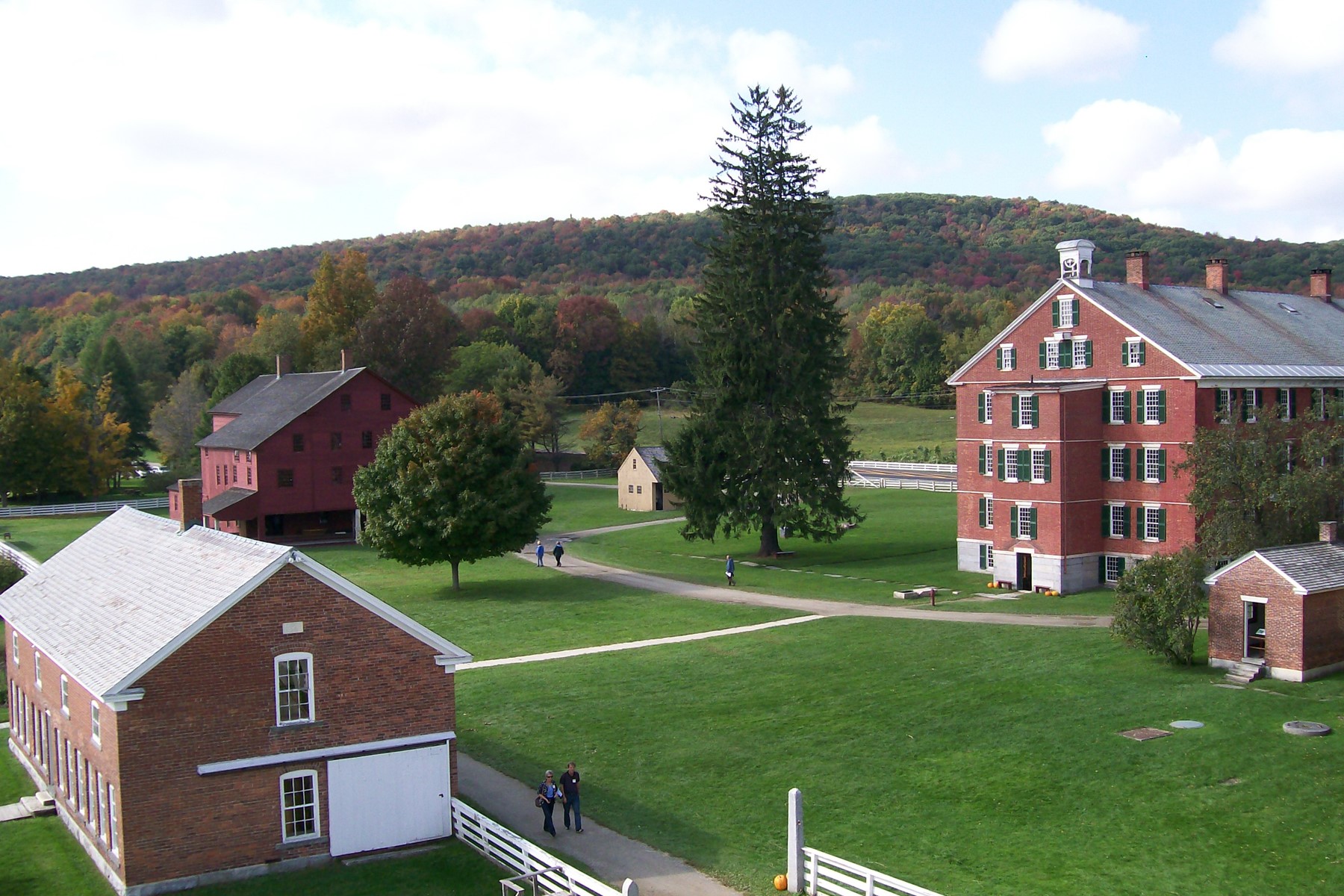 Pocket the Cell Phone, Step Back in Time at Hancock Shaker Village

Pittsfield, Massachusetts, otherwise the commercial center and county seat of Berkshire, also contains 750 sprawling acres shaken by the softly swept greenery of the Berkshires where time has not so much stood still as it has been preserved, celebrated and made vital. .

Oh, and goats will walk all over your back too.

Hancock Shaker Village, joining the town of Hancock and the city of Pittsfield, is not a recreation of a long-defunct British-born religious community that ventured east in the 18th century from its first American Colony at Colonie (then known as Watervliet); this is this community.

An outpost of the utopian Protestant sect – known for its devotion to celibacy, pacifism, communal living and the physical style of worship that earned the religion its name – flourished here in the late 1900s. 1700 until the Shakers shut it down in 1960 and sold it. to a local non-profit group who reopened it the following year as a living outdoor museum showcasing the lives and works of the Shakers to eager visitors.

More than 20 historic buildings, many of which still actively produce the furniture and crafts for which the Shakers are famous around the world, are maintained, and many of them are accessible and visitable. There are also around 22,000 historical artifacts and pieces on display throughout, featuring clothing and textiles, tools and equipment, art, glassware, baskets and more.

It really is possible to get lost and be transported to a deliberately simpler time, as long as you deftly look away from the intrusive school trip groups, modernly dressed people brandishing cell phones and cars whizzing along. the nearby road. The focus on authenticity over kitsch and the impressive attention to detail make for a haunting (in a good way) and immersive experience.

Stroll through the grounds and take a seat in the one-room schoolhouse where the group educated their own children for over a century and a half. Learn about the innovative farming techniques of the Shakers on the still-working farm, where the traditions of people dedicated to creating a “heaven on earth” are combined with modern, eco-friendly technology.

Marvel at the deceptive simplicity of the Round Stone Barn, the symbol of Hancock Shaker Village and one of the things that put it on the National Register of Historic Places in 1968.

But what about goats, you ask?

This is where the 21st century makes its presence known. On Saturdays from June to September each year, the village offers goat yoga classes outside the farm, where you lay your mat amidst the farm’s own furry, friendly goat journey and put your dog’s head down, all to the calming sounds of mom-master.

And if you know anything about Hancock Shaker Village, it might just be its Spring Baby Animal Festival which just celebrated its 20th anniversary. Every day in April and May you can commune and cuddle with the new residents of the village – pigs, lambs, chicks, calves and, of course, goats. But the festival also includes behind-the-scenes tours, hay-wagon rides, pony rides, livestock talks, and demonstrations of weaving, woodworking, blacksmithing, dyeing, spinning, and more.

Another annual event is the ancient Country Fair which is held every September, this year being its 25th. In addition to all the fun, food and farm-centric activities that are an integral part of fairs, this one also includes things like live bands, beekeepers, craft beer and cider makers and music demonstrations. and Shaker dance.

Throughout the year there are galas, breakfasts, winter festivals, conferences, exhibitions, Easter brunches and demonstrations.

And every December, the holiday is celebrated in a way that is both rare and spectacular. Last year, the Village held its first Hancock Holiday Lights, a month-long ‘multi-sensory’ experience that combines the new with the old. A nighttime stroll through the village and past historic buildings adorned with 19th century holiday finery, the candlelit paths, will enchant you as you view five light projections of modern art. You can also say goodnight to the animals before wrapping yourself in blankets and enjoying cocktails by the fire.

It’s hard to know what real Shakers would think of the Village’s other modern addition: a Friday Back Porch concert series each summer featuring some of today’s top singer-songwriters and musical acts. It is assumed that audience members could still follow the music in that characteristic, respectful Shaker style.