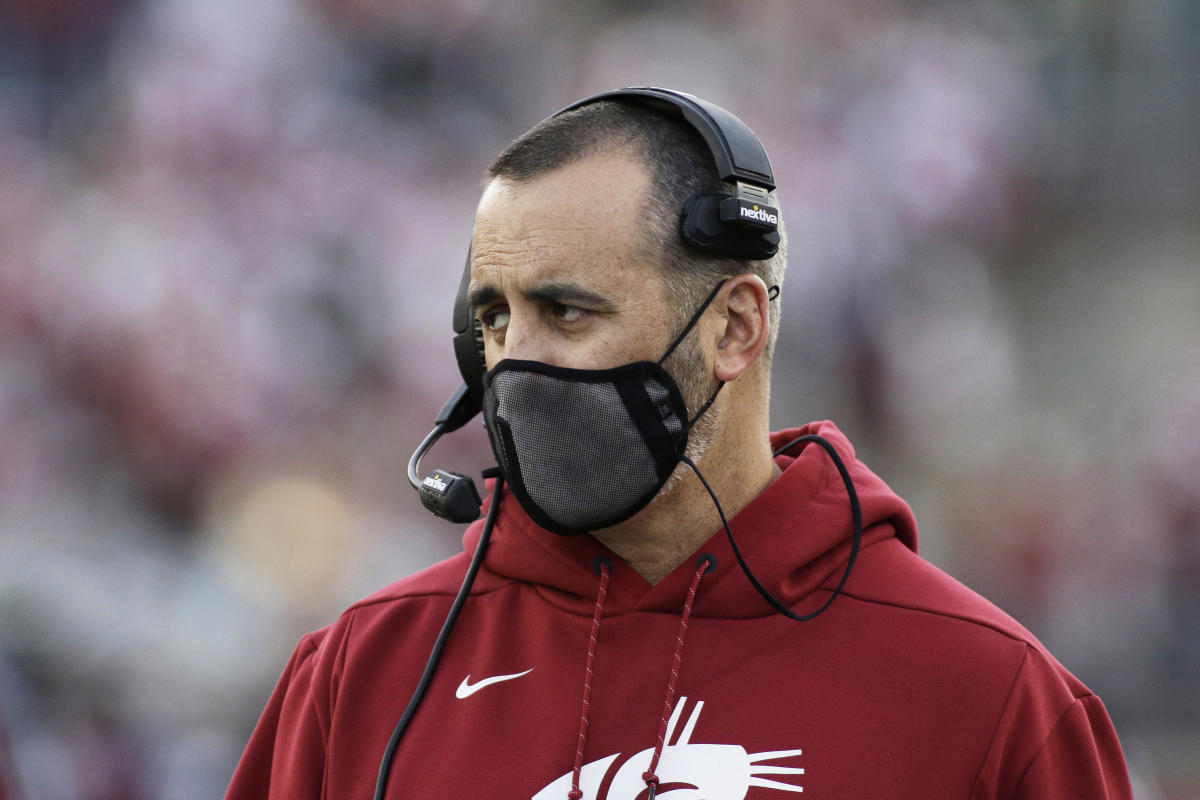 SPOKANE, Wash. (AP) — Former Washington state football coach Nick Rolovich has sued the university and Gov. Jay Inslee after he was fired last year for refusing to get his shot. COVID-19.

The lawsuit, filed last week in Whitman County Superior Court, names the university, athletic director Patrick Chun and Inslee as defendants. Inslee, a Democrat, had demanded that state employees get vaccinated, or given a specific exemption, to keep their jobs.

Rolovich argues that Chun and other university officials were “hostile” when they denied him a religious exemption and fired him from his $3 million-a-year coaching job midway through the 2021 season. Rolovich was at the time the highest paid public employee in the state and had more than three years remaining on his five-year contract.

Rolovich is a Catholic and said in the lawsuit that he sought a religious exemption from the requirement to vaccinate.

The lawsuit argues that Chun interrupted this process, which ultimately led to the rejection of Rolovich’s religious exemption. He also argues that Chun called Rolovich a “crook” and accused him of being selfish.

“Washington State University has implemented the Governor’s COVID-19 Vaccination Proclamation for State Employees in a fair and legal manner, including in its assessment of requests for exemptions and accommodations. employees’ medical or religious backgrounds. For multiple reasons, Mr. Rolovich did not qualify, and the university stands firmly by that decision,” the statement read.

Rolovich appealed his dismissal in a letter submitted in November 2021 to Chun, but the appeal was denied. A second appeal was then sent to the president of the university, Kirk Schulz, who rejected this appeal in December.

Last April, Rolovich filed a tort lawsuit saying he intended to sue and seek $25 million in damages for wrongful termination. However, the lawsuit filed this week does not seek a specific amount in damages.

The lawsuit alleges breach of contract, discrimination and unwarranted withholding of wages, as well as violations of Civil Rights Act and the First and 14th Amendments to the US Constitution.