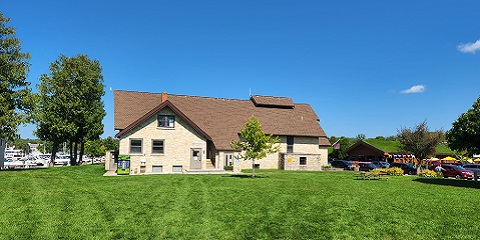 The fight to keep Sister Bay Village Hall standing along the waterfront continues this week in two meetings.

The aging structure has been on the agenda of several recent meetings of the village council and its parks, properties and streets committee as officials decide whether it is worth rehabilitating the town hall. The village received about two dozen letters of support to keep the structure, citing it as one of the last structures built with locally sourced stone and that it represented the scenic character of the area which some say has deteriorated in recent years. Two letters supported the demolition of the building, one challenging the structure’s historical credentials due to roof repairs carried out in the 1980s. The other wanted the building to be demolished and replaced with a patch of grass so that there is a breathtaking view of the bay.

Due to the outpouring of support to save the building, Denise Bhirdo, a member of the parks, properties and streets committee, recommended at their August 30 meeting that the village get a quote on what it would take to rehabilitate the building. She also said it was imperative that the owners of the village know that their property taxes could increase if the structure remains. Another public consultation meeting was held on September 7. The village council will discuss correspondence, additional comments and concerns during their Tuesday meeting at 6 p.m.. The Parks, Properties and Streets Committee will continue their conversation about whether they should keep or raze the village hall during their Wednesday meeting at 5:30 p.m.