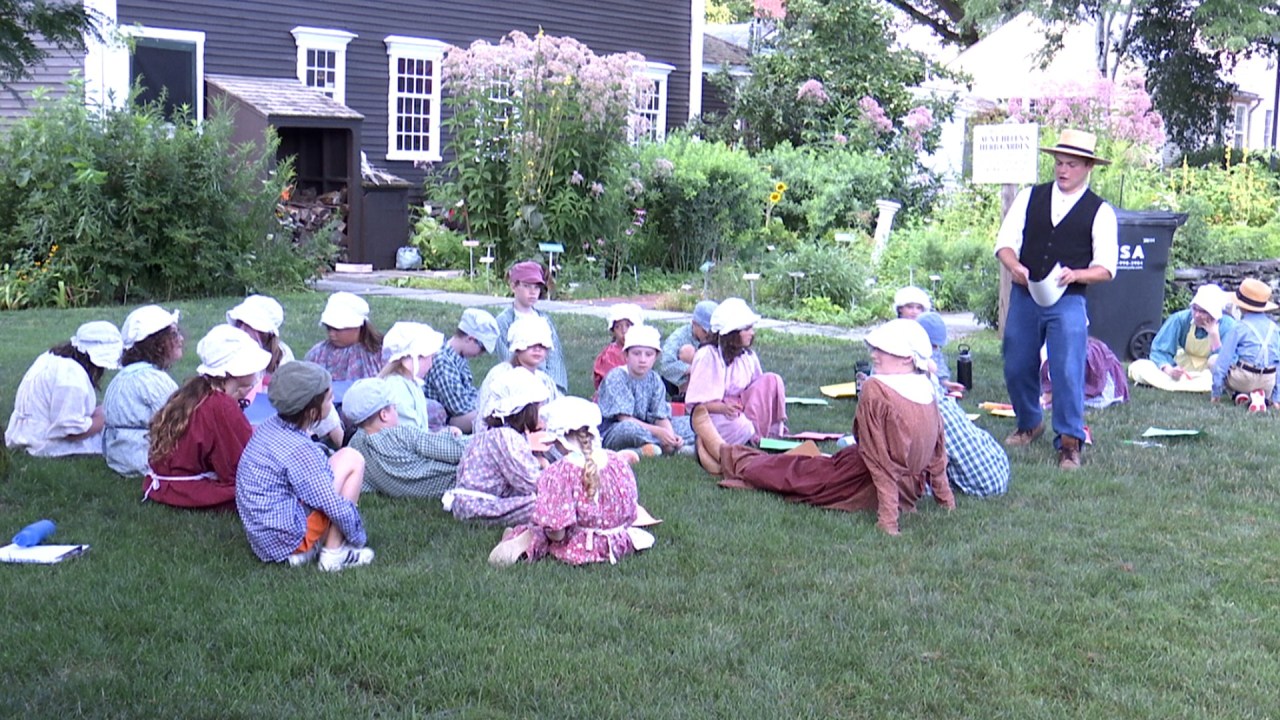 WEST SPRINGFIELD, Mass. (WWLP) – Stepping back in time to simpler times has always been an attraction for visitors to the village of Storrowton on the Big E land in West Springfield.

“Early American Summer Days” at Storrowton Village is aimed at children from 7 to 12 years old. Tuesday’s theme is life on a 19th century farmhouse. If the outfits worn by the staff don’t take you back to the 19th century, the vibe of farm life probably will. Since the mid-1920s, Storrowton Village has been a mainstay of the Eastern States Exposition. An attraction in itself during the 17 days of the Big E and now during the summer season.

Additional programs this week include the following:

Archeology – August 3, 9:30 a.m. – 3:30 p.m.
Using the scientific method, students will “dig” into the field of archeology through a series of hands-on activities and historical information. This session will include an exploration of tools, paleontology, etc. Participants will create their own archeology journal and conduct a field dig to learn about 19th century archeology and how the practice is evolving today.

Toys and games – August 4, 9:30 a.m. – 12:30 p.m.
Children who lived on a farm in the 19th century worked hard, but they also made time to play games like town ball and marbles. Have fun like they would and make New England-inspired toys to take home, like marble tracks and marshmallow catapults.

19th century scene – August 5, 9:30 a.m. – 3:30 p.m.
Do you like putting on a show? This full day program helps children become 19th century artists. Dress up in costume, attend theater and puppet workshops, make musical instruments, sing songs and dance, and end the day with a short performance for family and friends.