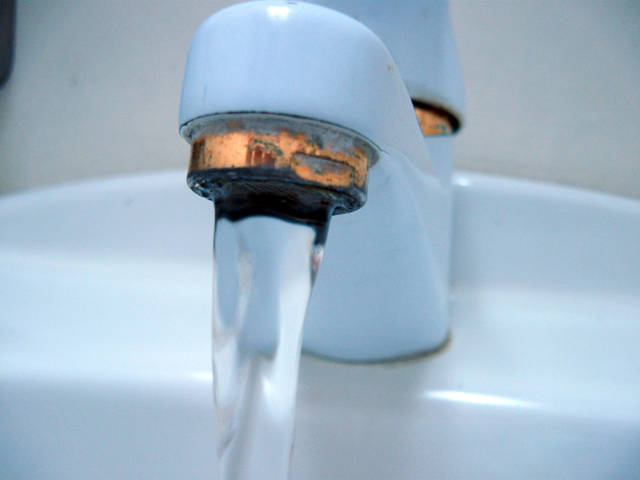 To help fund its new water treatment facility and clear a zero balance in its water fund, the village plans to raise user fees

Glen Carbon residents will see their water bills go up this fall if a committee’s unanimous recommendation is adopted by the full board later this month.

At a meeting of the finance and administration committee on Monday, administrators discussed water tariffs, which have not changed since 2017. Chairman Ben Maliszewski gave a historical overview of the situation to the aldermen Mike Sonderegger and Nekisha Omotola.

The current Illinois-American Water (IAW) village water rate is $5.30 per 1,000 gallons. Edwardsville’s current in-town rate is $8.18 per 1,000 gallons. The village became Edwardsville City Water IAW in June 2021 after spending 25 years as an Edwardsville customer. Since the change, residents’ satisfaction with the village’s water has been less than ideal, with many complaints about the smell, taste and appearance of the water. An important point to note is that the water in Glen Carbon is currently surface water from the Mississippi River, while Edwardsville and Maryville draw groundwater from an underground aquifer.

Instead of going back to the city water supply, the village opted to switch to IAW as a short-term stopgap method until they could settle on a long-term plan – either partner in Maryville, sign a long-term contract with IAW or build Glen Carbon’s own water treatment facility. Trustees voted for the latter option. WKHS is the company handling the design, which has begun and is expected to be completed by March 2024, with construction expected to begin in November 2024 and be completed by May 2026, weather permitting.

While this will allow the village to control its own water and not have to rely on others to meet water needs, it will incur other expenses, such as hiring staff. Maliszewski said the water treatment plant expenses are about $750,000 a year to operate the plant.

“The cost to design and build the plant is estimated at $18 million, which we will need to borrow,” he told the committee. “That means we’ll take on additional debt to pay for construction and design.”

He said that for this year, the cost of purchasing water for the village is estimated at nearly $500,000. Compare that to the $1.8 million the village would spend each year to treat water from the same aquifer that Edwardsville and Maryville use, the village has to raise its rates. There are two points to this from a financial statement, a water fund and a water capital account. The village paid the increased city rates, putting the village in a negative position, he said.

“What we want to do is strengthen our water capital and eliminate the negative of water operating funds,” he said. “That’s what the 7.5% will help to do.” He added that it didn’t take long before the village was paying more for water than what the village was selling it.

The current contract with IAW expires in June 2026. However, what village officials expected to be a one to two month process ended up taking at least 18 months due to water quality issues in New Jersey, Michigan and University Park, Illinois amid water source changes. After University Park, the Illinois Environmental Protection Agency invoked rigorous testing methods on one of its municipalities wanting to change, including Glen Carbon.

These tests took longer than expected, and during this time Edwardsville began to increase its water rates. Village administrator Jamie Bowden told the committee that regardless of the village’s choice, even staying in Edwardsville water rates would not come down.

If village administrators approve, beginning November 1, the rate will increase to $5.70 per 1,000 gallons through December 31, 2023. That’s a 7.5% increase. Then, effective January 1, 2024, the rate will be $6.12 per 1,000 gallons, another 7.5% increase. Conversely, if the Village remains on IAW water and sells the distribution system to the utility, the rate would be nearly $15 per month more than the IAW Village’s current rate. Water main service charges would increase by $1 to $6.50, bringing about $63,000 to the water capital account for water main repairs, Maliszewski said. The village sewer rate will remain at $8 per 1,000 gallons with a $5.50 service charge. After 2024, village officials said they would then be able to reassess their actual water costs in the future.

If approved, Village officials will use all channels of communication (Village website, Facebook page, Village Communicator, etc.) to create a press release to inform customers, including notification on invoices of water before the increases take effect. Full Board will address the proposed rate increases at its September 27 meeting, which will be held at 7 p.m. in the Party Hall, 151 N. Main St.