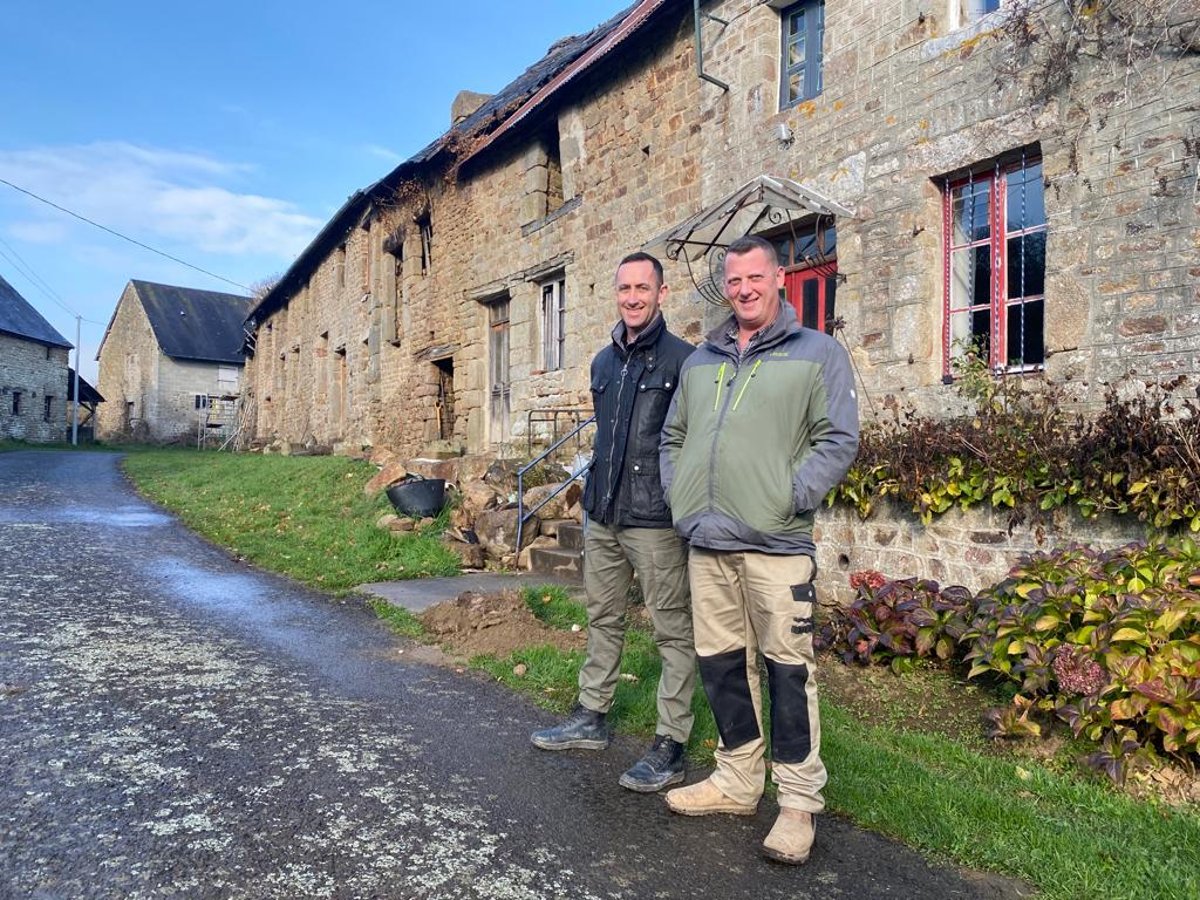 To help! We Bought a Village: Channel 4 release date

To help! We Bought a Village is a new Channel 4 property show that follows British investors who have bought disused settlements across Europe

As UK property prices continue to reach record highs, many Brits are looking further afield to get their foot on the property ladder.

There are hundreds of remote villages and hamlets across Europe that have been abandoned for years but could offer a welcome opportunity for new investment.

Register to our newsletter What to watch

As Europeans migrated from rural communities to urban areas for work over the past century, the population of many small villages fell to zero.

In the case of many of these villages, locals saw no point in investing in an already derelict property, but a group of brave Britons believe the derelict buildings could prove to be a gold mine.

To help! We Bought A Village follows pairs of British entrepreneurs as they buy up groups of disused properties in Europe with plans to breathe new life into the region.

What is Help! We bought a village about?

Each episode focuses on two couples and the village, hamlet, borgo or cortijo they have purchased.

This follows their efforts to restore properties they have purchased, many of which have fallen into disrepair.

In some cases, couples can buy an entire village for around the same price as a UK house deposit – one couple bought a hamlet in Normandy for £22,000.

To help! We Bought a Village follows British couples who have bought and renovated housing estates in Europe

As the couples spend months or even years rejuvenating the properties, they hope to attract buyers to the village and make a profit.

While the time, resources and vision needed to turn rundown communities into a million-dollar estate is significant, these couples believe they have what it takes to make their investment a success.

The series also explores the rich history of the destinations that the British are developing, with many settlements dating back thousands of years.

Where is the help! We bought a filmed village?

The series is filmed in a series of small villages across Europe, many of which are in idyllic, even overlooked destinations.

Several episodes follow Francesca and Carl, a couple who have purchased a hamlet in Italy with the intention of turning it into a million-dollar vacation resort.

Paul and Yip are another couple featured in the series – they are based in Normandy, France. After living in a static caravan in Kent, the couple have decided to buy a row of cottages in La Buslière, a medieval hamlet, and are planning a spectacular restoration project.

Other destinations featured on the show include Galicia, on Spain’s northwest coast, where estate agent Marcial is looking for abandoned villages, and a cave village in Andalusia, southern Spain. .

What is the release date of Help! We bought a village?

There are 20 episodes that will air at the same time on weeknights.

The episodes will also be available to watch on All 4 shortly after they first air.