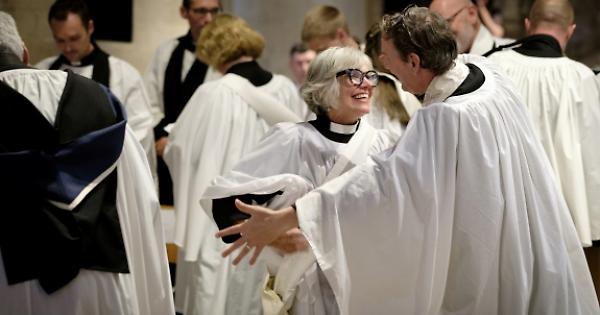 An academic, former science teacher and part-time family carer has been appointed as a deacon to serve Church of England parishes in the Henley area.

They were among 32 men and women who were ordained by the Bishop of Oxford, the Rt Rev Dr Steven Croft, during services at Christ Church Cathedral, Oxford attended by family and friends.

She spent most of her life in the Thames Valley. After school she worked as a secretary until she became a mother.

“A vicar was retiring at that time and another vicar arrived and he supported me and helped me to continue seeking and here I am now ordained deacon.” Ms. Kearney is keen to help others in her new role. She said: “I basically come from a mum’s world so it’s been a steep learning curve for me.

“I looked after my mother when she had dementia and I have a granddaughter with autism, so I look after her.

“I had all these experiences that increased my compassion for people with problems.

“Challenges have helped me help others now.”

Andrew Cowan will serve the parish of Holy Trinity Church in Henley.

Originally from Northern Ireland, the 36-year-old has spent the last 18 years in England. He said: ‘I came to train at Oxford and during my training I worked towards a PhD.

“The diocese has raised the possibility of me getting a part-time role and working at Henley has popped up which is really exciting – a fun place to serve.

“They are a beautiful church family, very warm and welcoming, and they really care about the good news of Jesus and want to reach the community with their Christian message.”

Mr. Cowan and his wife Heather and their young children, Evie, Jamie and Hal, will be moving into town.

He said, “We are very happy to join the church and it will be nice to join as a family. Henley seems like a beautiful and wonderful place so we are very privileged to have found it.”

Catherine Radcliffe, 70, joins the parish of Caversham, Thameside and Mapledurham.

She is the daughter of a vicar who made a career as a science teacher and scientific researcher.

In 2007, she earned a PhD in glycobiology, the study of the structure, biosynthesis, and biology of saccharides, or sugar chains.

Dr Radcliffe said: ‘It’s a patch I know well as I’ve lived here for over 40 years.

“I have been at St. Peter’s Church in Caversham for 26 years and I return to serve a congregation that I know very well, which is good.

“The congregation was very welcoming and very supportive during my training.

“I attended a local ministry program, so I trained online mostly due to the pandemic, but continued to go to my church during this time.”

She is married to a civil engineer and the couple have three children and seven grandchildren.

After two or three years of formation, the deacons will be vicars.

The Bishop said, “It is a pleasure and a joy to welcome so many dedicated and gifted people who have responded to God’s call to ordained ministry and to share the good news and love of Jesus in the communities of the whole diocese”.

A fire in the Algarve destroys 1 house and burns 1,500 hectares