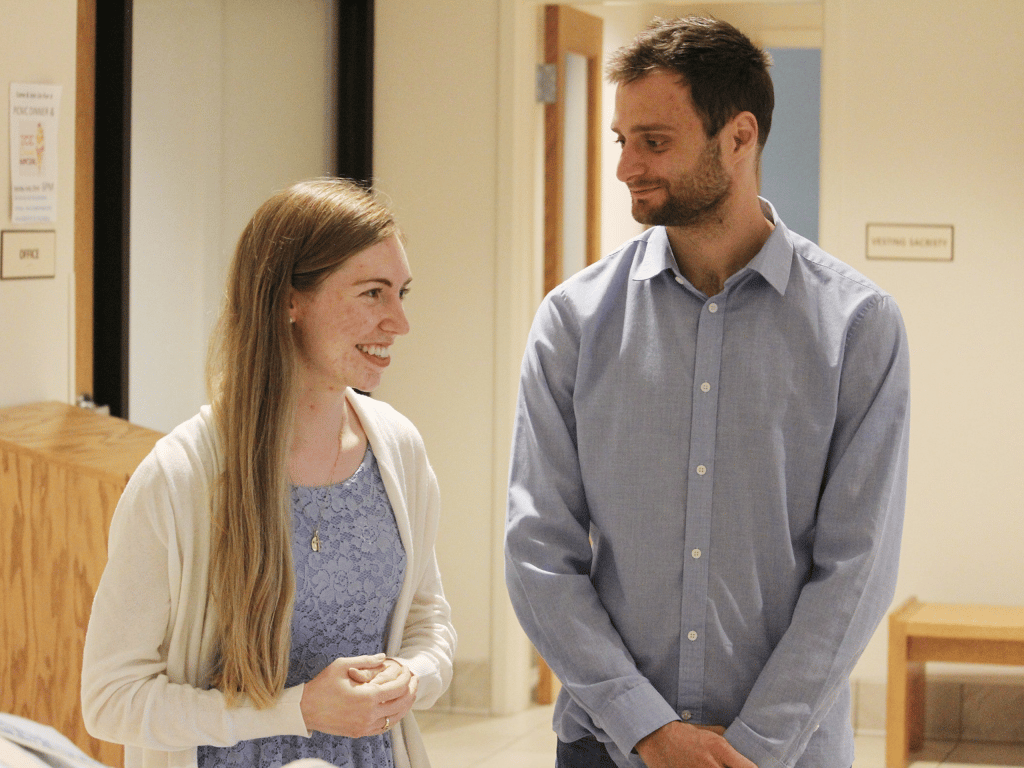 BLACKSBURG, Va. — Most Virginia Tech graduate students with engineering degrees join companies that pay them for their work.

Armed with a bachelor’s and master’s degree in civil engineering from Blacksburg University, Maureen Fuller joins a group that asks her to raise her own living expenses.

She is happy to do this because she believes this is the way God has laid out for her and her husband, Alex: to use their talent for designing infrastructure to help people in other countries.

“Some people are called to use their professional gifts at work and bring Christian values ​​to their office and industry, and then in parallel to do ministry, whatever they are called to do in their spiritual life and share that with the others,” Maureen said. The Catholic Virginian, newspaper of the Diocese of Richmond.

“But above all I felt very called to use the educational and engineering services that I had the good fortune to learn to also share the Gospel,” she added in an interview before her intention. to travel to Colorado Springs, Colorado, to begin a two- to three-year fellowship with Engineering Ministries International, or EMI.

The non-profit Christian organization that sends architects, engineers, surveyors and other professionals to design and build hospitals, schools and water systems in developing countries.

The first Catholic accepted for the scholarship program, Maureen is interested in the design of water and sanitation projects. Over the next 18 months or so, she will work toward her engineering degree, observe and participate in ongoing projects, and take courses in Bible study and theology. Then she and Alex will most likely work overseas.

Raised a Catholic in Northern Virginia, Maureen was active in her parish – the Church of the Nativity in Burke – throughout high school: singing in a youth choir, going on a missionary trip to Haiti and even as a one of the two youth representatives on the parish council. in his final year.

“I can’t pinpoint a specific moment when I wanted to connect service, education and faith,” she said. “But in high school, when I was discerning what college to go to or what I wanted to major in, it was definitely on my mind that I wanted to pursue something that leads to service. My late pastor always said we should serve as ministers. across the street and around the world, and I really took that to heart.

Virginia Tech had the right combination of coursework, social life, and Catholic academic ministry it wanted.

The university’s honors college recruited her, provided her with a scholarship and a chance for a scholarship that would allow her to “deepen my coursework knowledge and combine engineering education with language study, cultural immersion, and other goals the honors college wanted students to pursue. .”

Maureen found an organization in the Dominican Republic she wanted to work with and was ready to leave when their offer fell through. Although disappointing, she now considers it “a divine moment”. She found EMI through a classmate and did her specialized internship through them in Nicaragua.

“It was so much better than I could have imagined wanting to combine engineering and service because I was able to incorporate faith as well,” she said. “I had an incredible experience. I truly felt such purpose in my work there, just 10 weeks in Nicaragua, but felt like everything I had learned and sought before had come true.

This experience led to this other opportunity with EMI.

Although she looked at some of the Catholic organizations working in developing countries, she found that they focused on faith formation, education or health care, “which is wonderful”, but stayed with EMI because it was “one of the few Christian organizations or nonprofits in general that specifically focuses on engineering design services.”

Originally from Hampton, Alex grew up in a non-denominational church and after high school worked for a skydiving company. He’s always enjoyed taking things apart—even though he’s “much better now at putting things back together”—and decided to pursue engineering, enrolling in a community college program that guaranteed admission to Virginia. Tech.

“It made me realize that I wanted to use my gifts and talents to serve others, and I think that’s what we’re called to do, no matter what field we’re in,” he said. -he declares.

He met Maureen at a salsa club at Virginia Tech. She asked him to go to Sunday Mass, and as they spent more time together, their relationship deepened as they discovered they shared the same personal, professional, and spiritual interests. They were married on July 24, 2021 at St. Mary’s Church in Blacksburg.

The Virginia Tech motto, “Ut Prosim” (“May I May Serve”) is etched into their wedding bands.

“Whether you’re religious or not, that’s a very important value to develop,” Maureen said. “But because we have the goal of sharing the gospel, ‘may I serve’ really turned into ‘may I serve the Lord by serving others.'”

Alex has gone through the Rite of Christian Initiation for Adults, but is still discerning if he wants to join the Catholic Church, but he joins Maureen for Sunday Mass.

After joining Maureen for initial orientation at EMI in Colorado, he planned to return to Blacksburg to complete the research project for his master’s degree. Since he is not part of the scholarship program, he will work on his own and can volunteer on EMI projects. But wherever Maureen is ultimately assigned – she hopes to return to Nicaragua – so will he, as the organization wants couples to serve together.

“We are a team; we want to continue this together in one place as much as possible, but we will make it work,” Maureen said.

After masses on a July weekend at Our Lady of Nazareth Church in Roanoke, Maureen shared her journey and asked for support. As she spoke with people exiting the church, many were eager to meet a young couple aiming to live out the words of the closing hymn they had just sung: “God chose me, God chose me. chose to bring good news to the poor”. And good design.

Staniunas writes for The Catholic Virginian, the newspaper of the Diocese of Richmond.

Mertins has 2 photos at the Montgomery Photo Festival