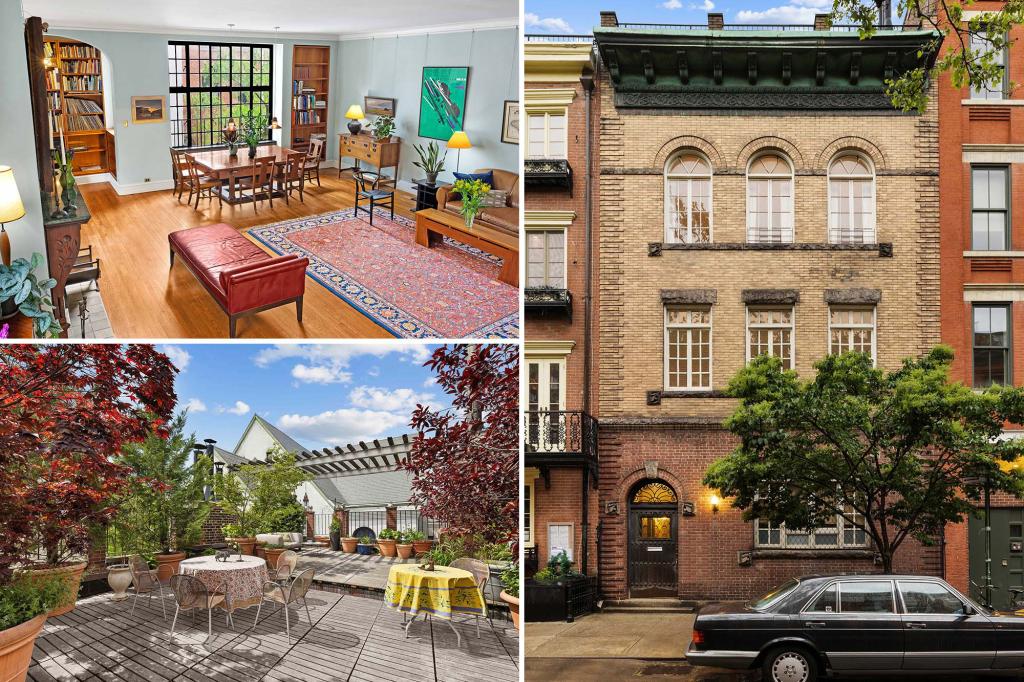 A historic Tudor-style townhouse known as the “Castle in the Village” has gone on the market for $19.5 million.

This is the first West Village turn-of-the-century townhouse on the market in over four decades. The seller is architect Carl Pucci, which is now an empty nest. He bought it in 1982 for an undisclosed price.

The couple is moving into a house upstate, according to a source.

The 26-foot-wide, three-storey townhouse at 33 Perry St. was once a private stable until it was purchased by St John’s from the village Episcopal Church on the corner of Waverly Place in the 1920s.

The church planned to create an artists’ colony with a communal garden they would share, and purchased a few townhouses, including 33 Perry St.

But the October 1929 stock market crash shattered the dream.

In the 1950s, there were writers in townhouses, like Mary Cantwell, who wrote “Manhattan, When I Was Young,” and lived at 224 W. 11th St. The houses, including 33 Perrys, were been converted into four apartments.

One of the residents, fashion director Tom Fallon, has hosted famous parties in his unit and in the back garden.

he once told The Times he could cram ‘hundreds’ of them into the apartmentwhich included a “baronial” fireplace and a leaded glass window overlooking the “magic garden”.

Guests included his then-boss, designer Bill Blass, and Blass’ “society” friends. In 1982 Pucci purchased the building and it became home to his family, including children and stepchildren.

The 6,501 square foot home features 10-14 foot high ceilings on each floor, plus 2,167 square feet of basement space and a full rooftop garden.

It is currently configured as a six bedroom, 6½ bath home. The ground floor once housed a ballroom that now serves as an office. The house is currently divided into separate units but can be converted back into a single family mansion.

The listing brokers are Meris and Kenny Blumstein of the Corcoran group.